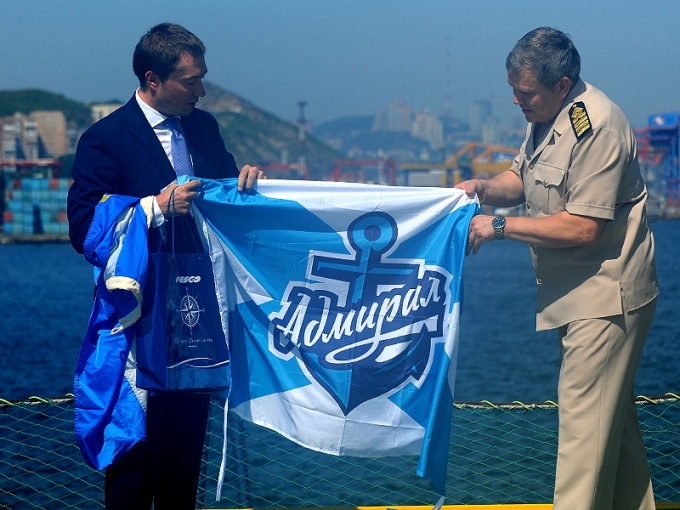 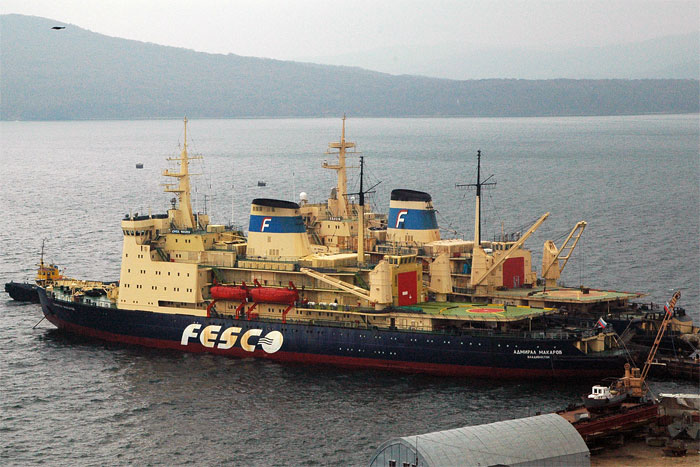 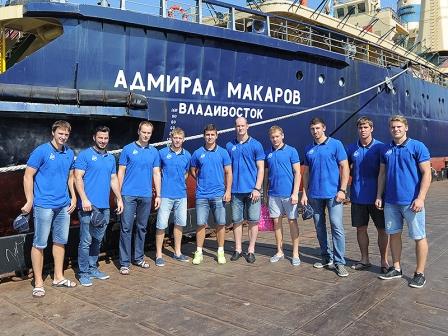 15 new players received team sweatshirts and . In memory of the event, the icebreaker’s captain Vladimir Pisarev presented Admiral’s general manager Ildar Mukhometov with a banner and a book about the vessel. The captain also received the hockey club’s flag as a present. Vladimir Pisarev wished the players new victories and success. Ildar Mukhometov thanked FESCO for the opportunity to hold the ceremony on the legendary icebreaker.

FESCO is one of the largest operators of icebreakers in the Far East and is one of the major carriers in the Far East basin. Admiral Makarov is the flagship of the company’s icebreaker fleet. It is names after Stepan Makarov (1849–1904) — a Russian naval leader and pioneer of polar navigation and shipbuilding who built the first Ermak Arctic icebreaker, capable of cutting ice two meters deep, in 1898. Admiral Makarov is a linear icebreaker and is used in extremely challenging conditions. It has been used for rescue missions several times, like during the mission to return fishing vessels from Sakhalin Bay in 2011. Admiral Makarov’s captain Gennady Antokhin received an Order for Service to the Fatherland IV class.