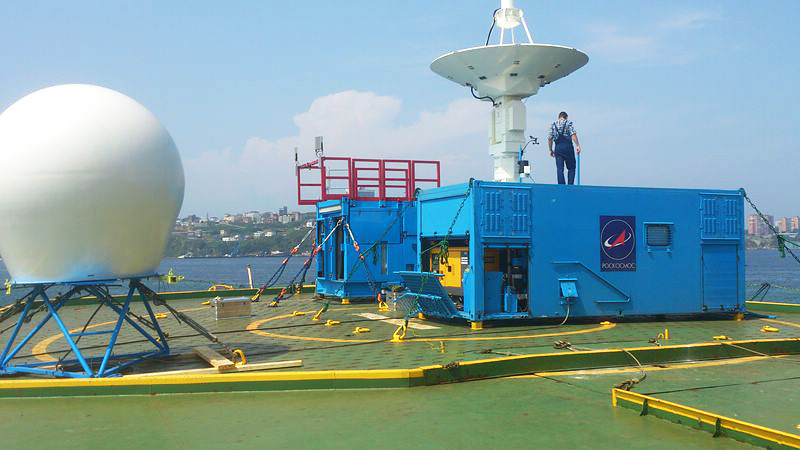 Two sets of equipment in container format (placed in a special container that corresponds to the standard container in size and lashing) were loaded on the icebreaker’s helicopter platform at Port Vladivostok on August 19th and September 3rd. The deployment of equipment, testing and inspection were completed at sea by a group of RSS specialists on the icebreaker.

The tests were successful. The equipment was unloaded from the icebreaker and shipped via auto transport to Vostochny Cosmodrome, where is will be used during the first launch of a spacecraft (scheduled for the end of 2015).
The project is implemented within the scope of establishing control systems for the new Russian cosmodrome Vostochny in Amur Oblast.