09 November 2015
ship «Vasiliy Golovnin» (FESCO Transportation Group) has made three voyages with the expedition cargo onboard along the Northern Sea Route in the Western Arctic since April to October of this year. 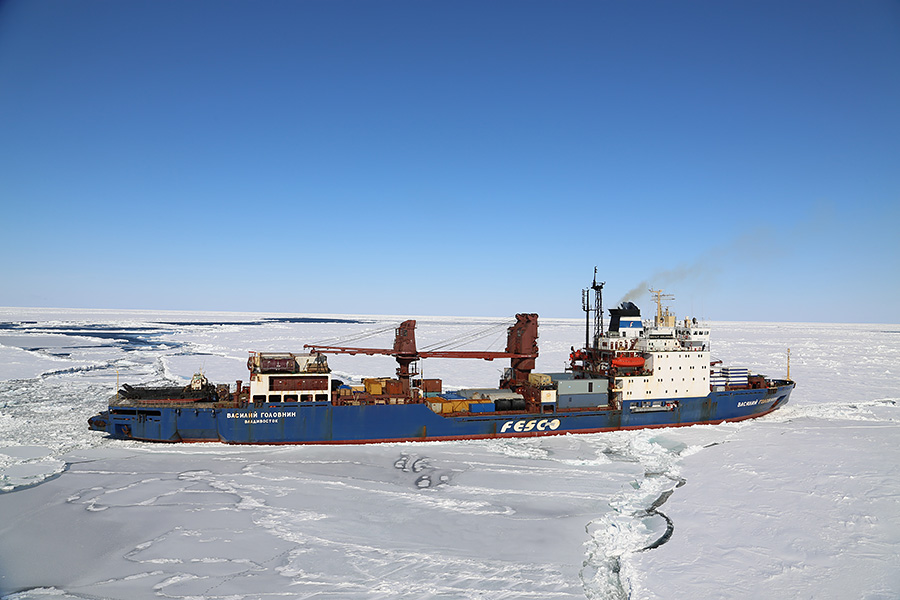 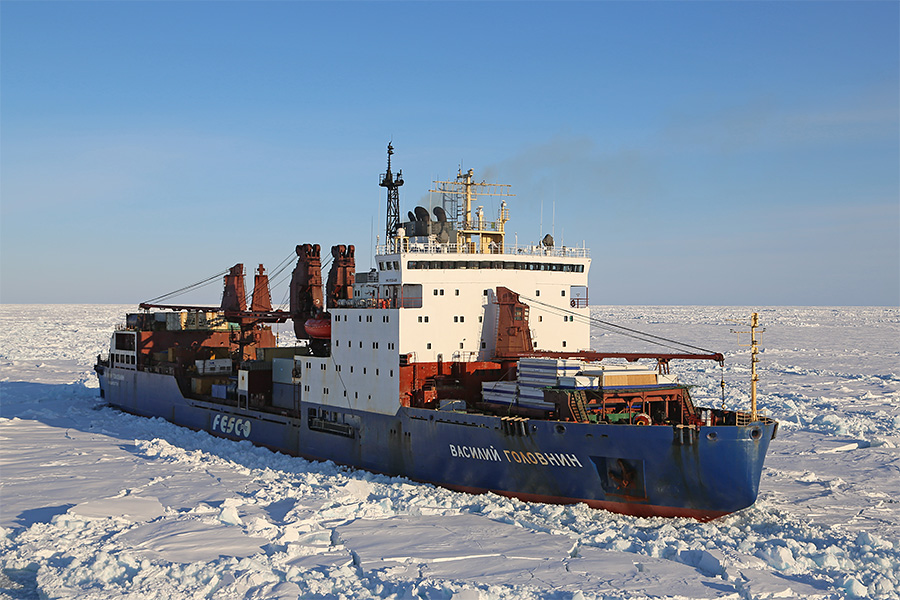 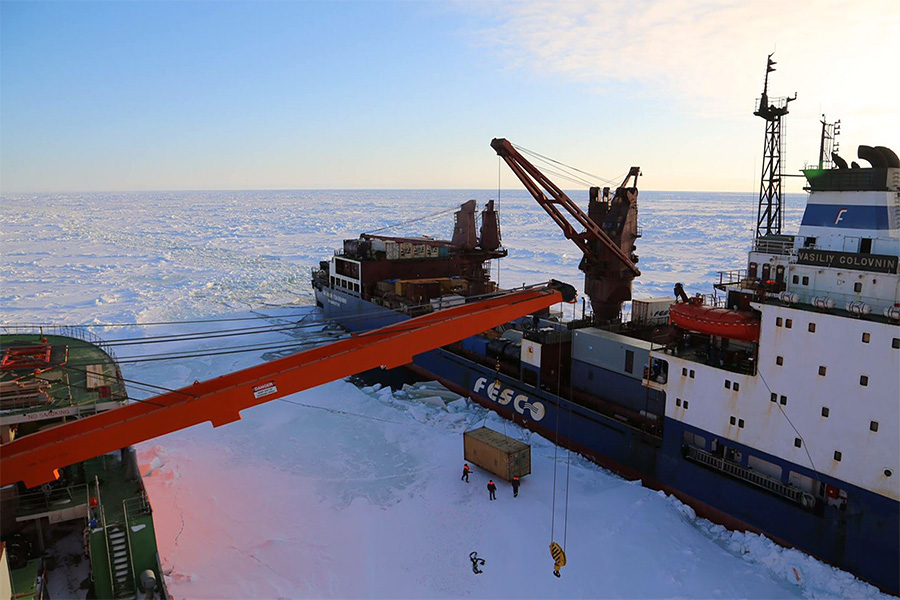 Loading was carried out in the ports of  and Arkhangelsk and unloading — on the Golomyanny island at Severnaya Zemlya Archipelago. The crew of  ship «Vasiliy Golovnin» carried out landings on the fast ice and unequipped shore with shipborne barges «Vostok», helicopters, nonpropelled pontoon and tug, and discharge from board to the shore was accomplished by the forces and means of the coast. About fifty charterer’s employees (builders and laders who were also involved in the unloading) were aboard the vessel during each voyage. «Vasiliy Golovnin» passage to the Golomyanny island was held in quite difficult weather and ice conditions, first voyage was made with the research vessel «Akademik Tryoshnikov.»

Totally 12 million tons of cargo were discharged at the Golomyanny island: there were building materials, rolled metal products, containers, fuel in tanks, equipment and metal structures.
Currently, «Vasiliy Golovnin» is being prepared for Antarctic expedition upon the project of delivering cargo to the functioning Argentinian polar station. Departure of the vessel to Antarctica is scheduled for the end of November 2015.