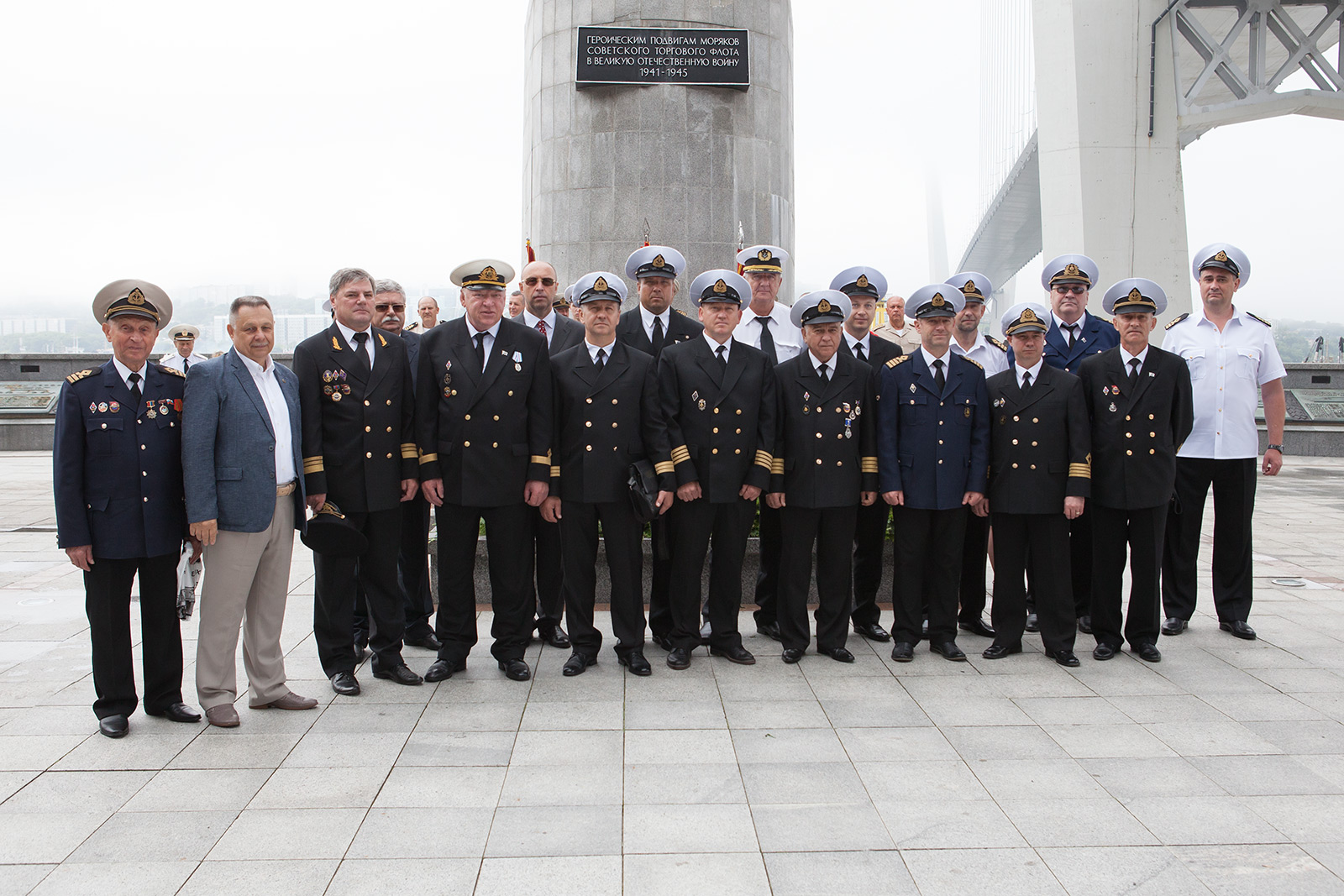 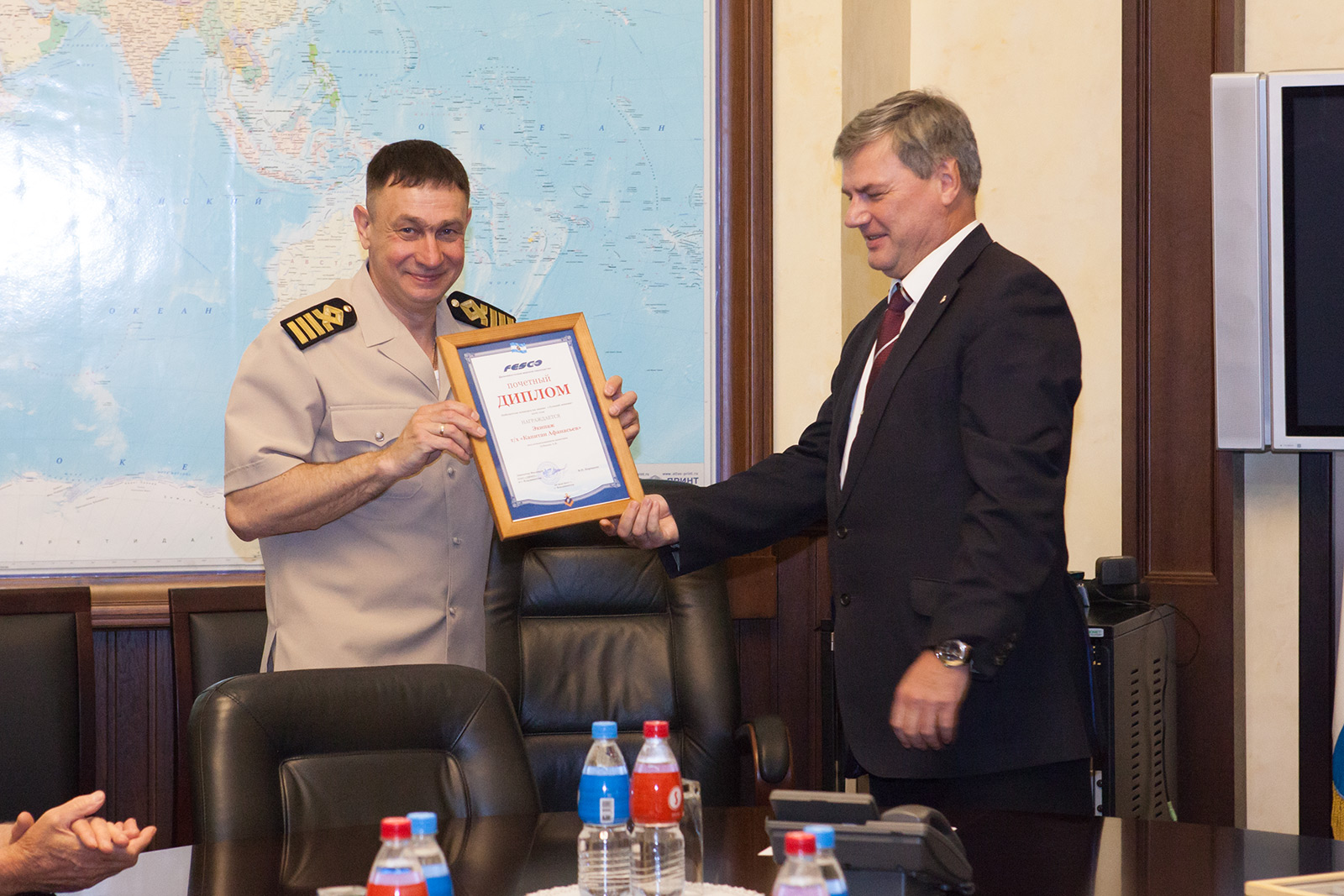 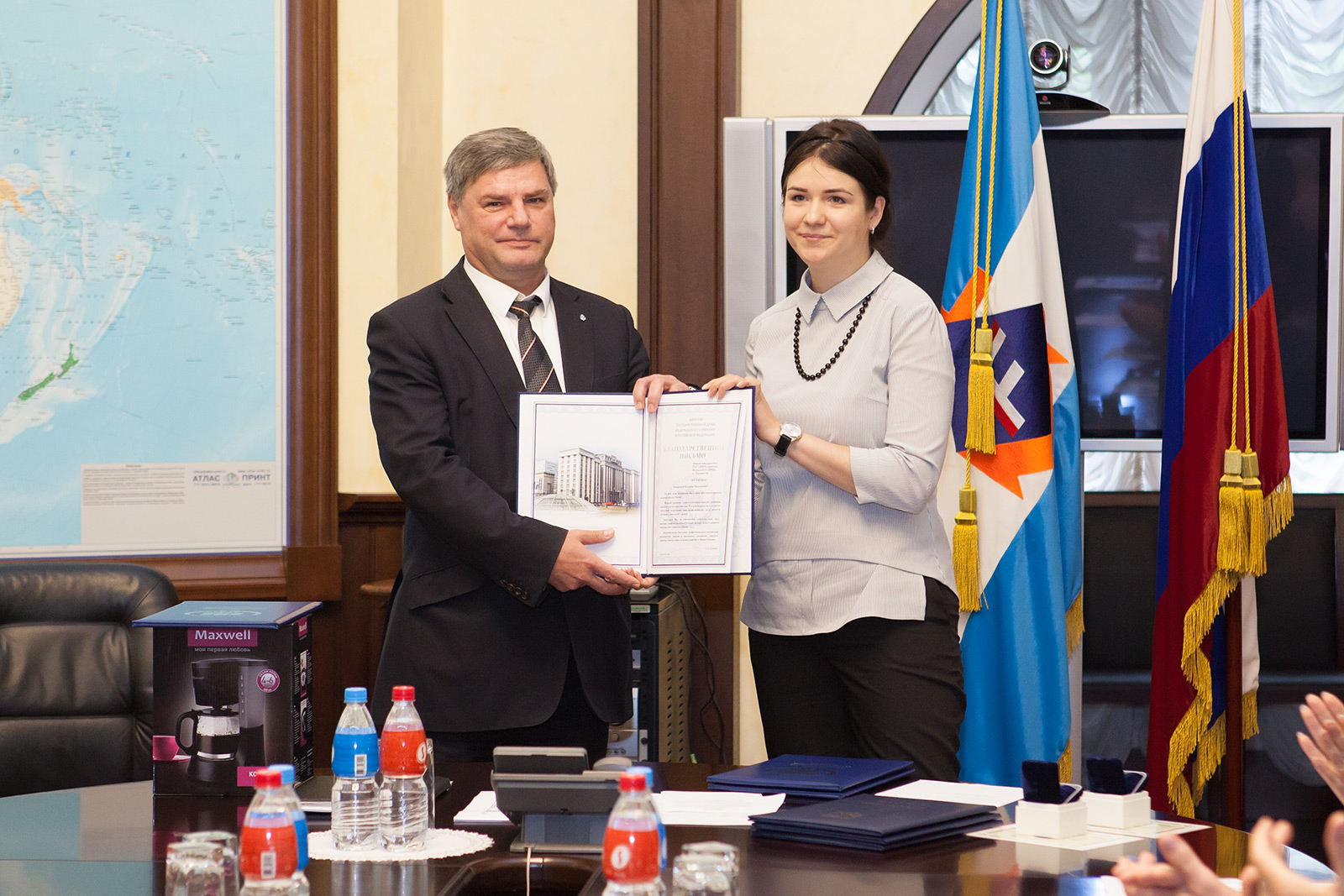 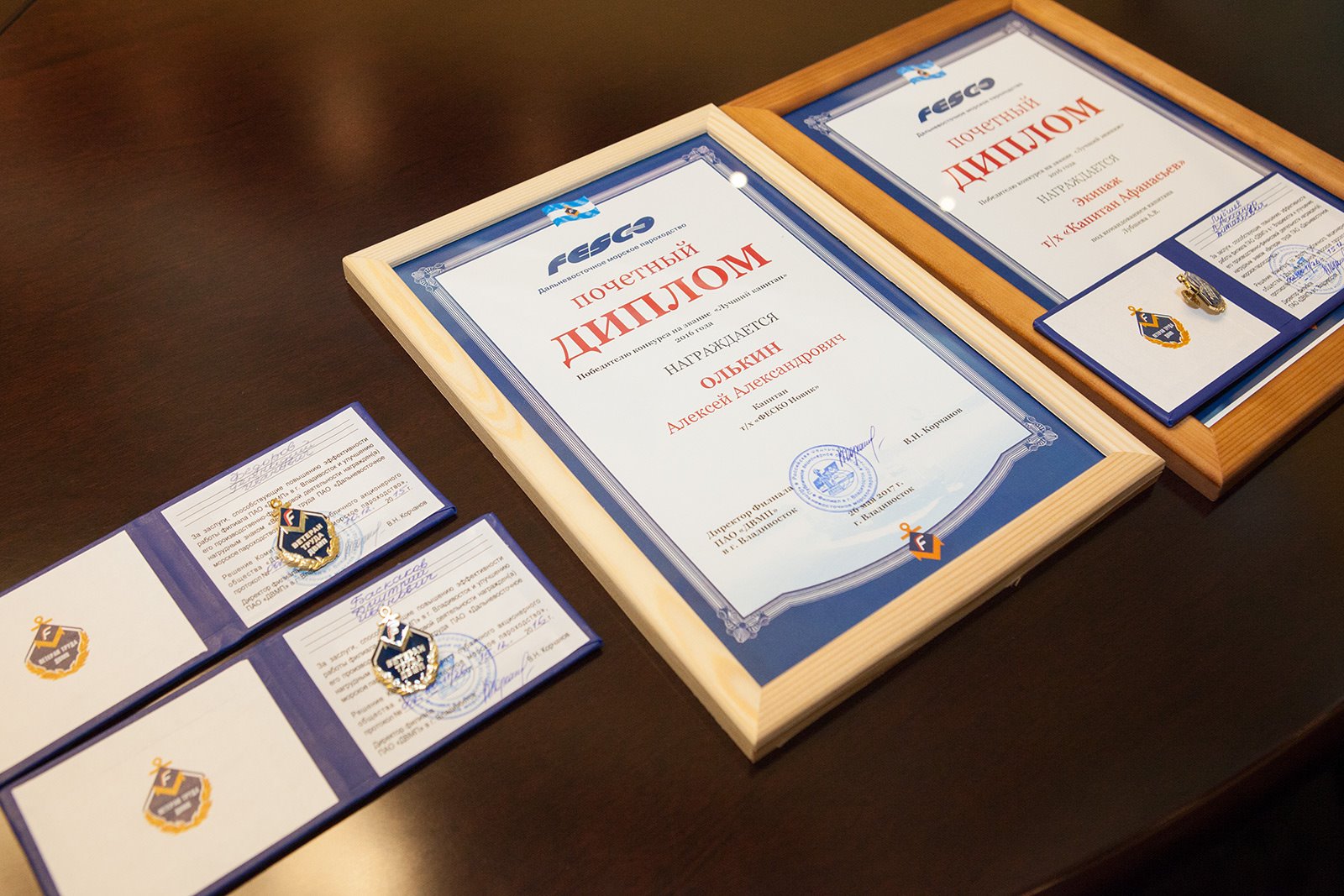 On June 29, 2017, a meeting dedicated to the 157th anniversary of Vladivostok was held in FESCO concert hall. The solemn event was attended by Vladivostok residents, employees of local enterprises and organizations of the city. During the meeting the acting head of the city of Vladivostok Konstantin Mezhonov presented honorary diploma to Mikhail Tarasov, senior engineer of FESCO diesel-electric ship “Vasiliy Golovnin”.

On July 2, on the Day of the workers of the merchant marine and river fleet and on the day of the founding of Vladivostok, in accordance with the annual tradition management of FESCO branch office, veterans, crew and employees paid tribute to the memory of merchant marine seamen, died in peacetime and wartime. The solemn ceremony of laying wreaths and flowers was held near the monument to the Far Eastern seamen who died during the Great Patriotic War. The ceremony was also attended by the first deputy head of the administration of Vladivostok Konstantin Loboda, management and cadets of Maritime State Universitv named after admiral G.I. Nevelskoy, management of SCF Group and pupils of the children's maritime club "Meridian".

FESCO completed the Day of the workers of the merchant marine and river fleet with a festive event in the center of healthy rest with an entertainment program, contests and competitions.