02 December 2016
FESCO Transportation Group completed Summer Navigation in the Eastern Sector of the Arctic Region and the icebreaker «Admiral Makarov» has provided pilotages of the vessels with containers, general and national economic cargo to the ports and the of Chukotka and the Northern Sea Route (NSR). 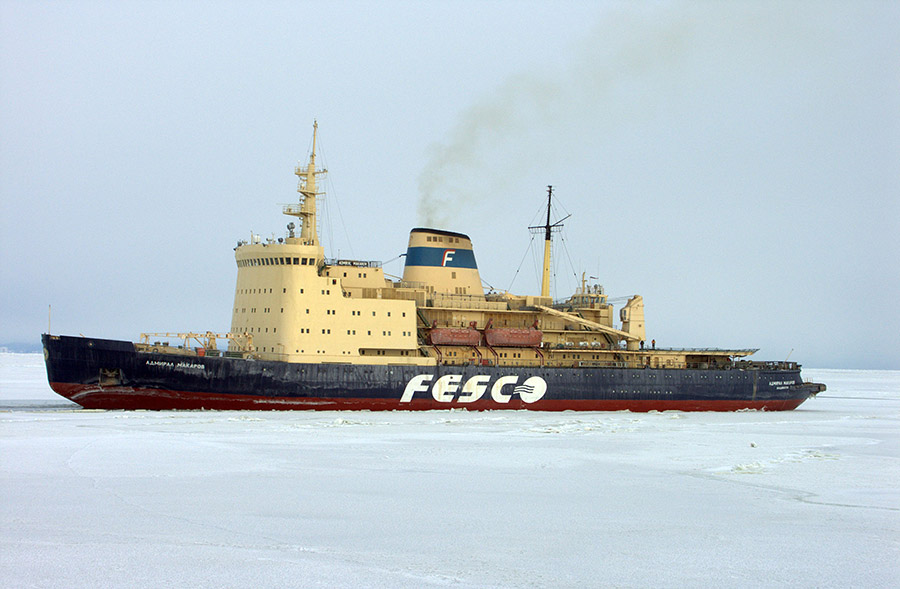 «Admiral Makarov» arctic voyage, under the command of FESCO Captain Alexander Stelmakh, started from July 18, 2016 and finished on November 25, 2016. During this voyage the icebreaker has provided navigation of 31 vessels which delivered 78 000 tons of general cargo to the ports of the Northern Sea Route and taken out 67 000 tons. In addition to «Admiral Makarov», FESCO general cargo ships also took part in this Arctic season transportation, they are: «FESCO Pevek» and «FESCO Primorye».

FESCO has been providing pilotage of vessels through the Northern Sea Route at the request of the Federal Maritime and River Transport Agency of the Russian Federation since 2004.

FESCO has a unique experience in the Arctic: more than 100 years ago the steamer setting sail «Kolyma» delivered government cargo to the Kolyma estuary. FESCO has been providing ships navigation in the Arctic along the Northern Sea Route for more than 60 years. Also FESCO cargo vessels deliver general cargo to the northern ports of Russia.