15 March 2016
On March 11, 2016 the ship «Vasiliy Golovnin» (FESCO Transportation Group) finished the work on the project of supplying the Argentine research stations under the tender of the Argentine Ministry of Defense. 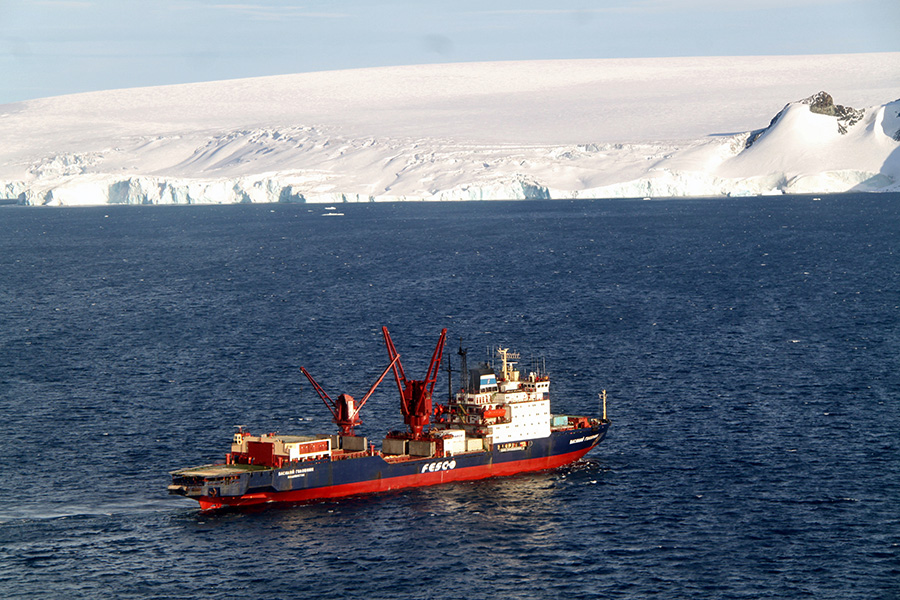 The voyage to Antarctica lasted 37 days. About 8500 tons of cargo was delivered to the polar stations (food, fuel, scientific equipment) with the help of two helicopters and barges. In addition, the ship has provided the export of household and technical waste. Also, a change of polar explorers was made at the stations functioning all year round.

For the eight time the crew of «Vasiliy Golovnin» under the command of Captain Iksan Yusupov completed on time all cargo operations and passenger transportation in Antarctica. Currently, «Vasiliy Golovnin» is going for planned bunkering to the port of Bahia Blanca where it will be around March 16, 2016.