05 April 2016
FESCO icebreakers «Kapitan Khlebnikov», «Admiral Makarov» and «Krasin» finished winter navigation at Far East by providing vessels’ pilotage under the Projects and and at the port of Vanino. 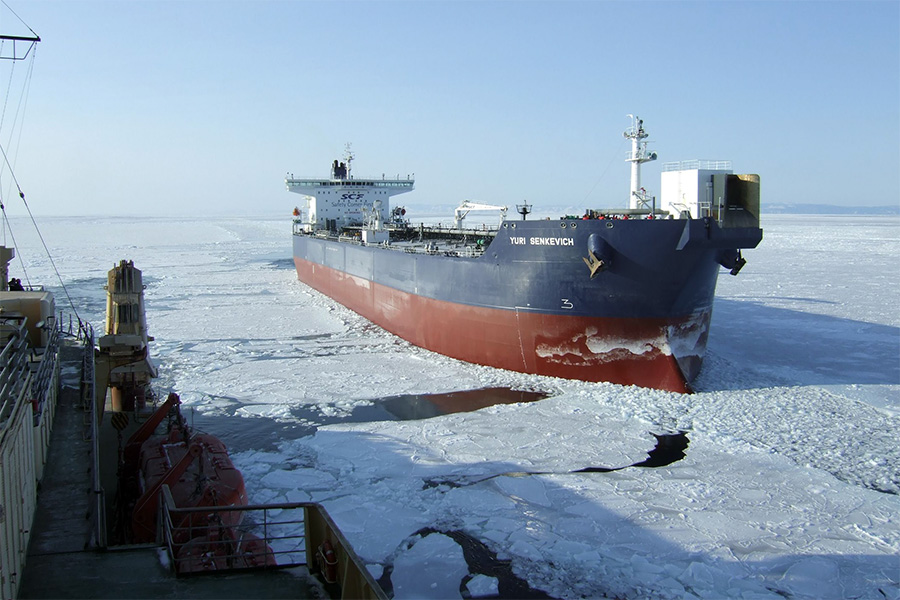 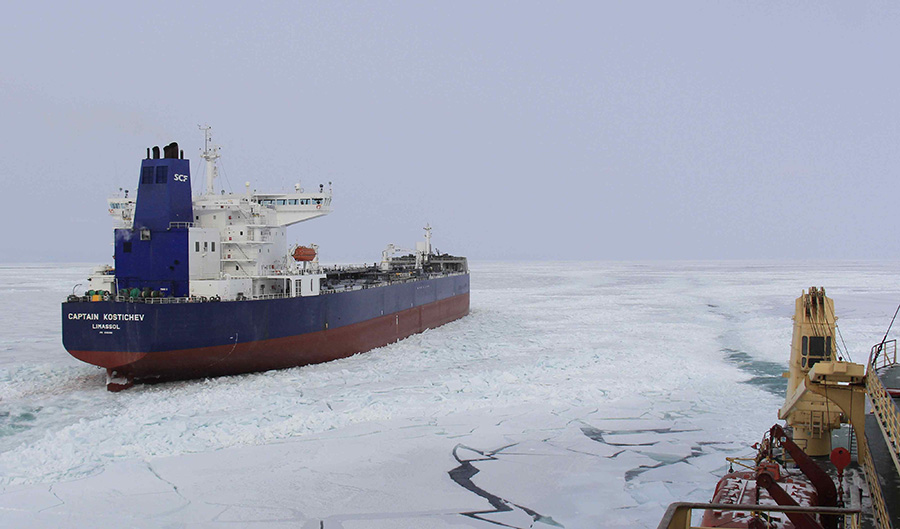 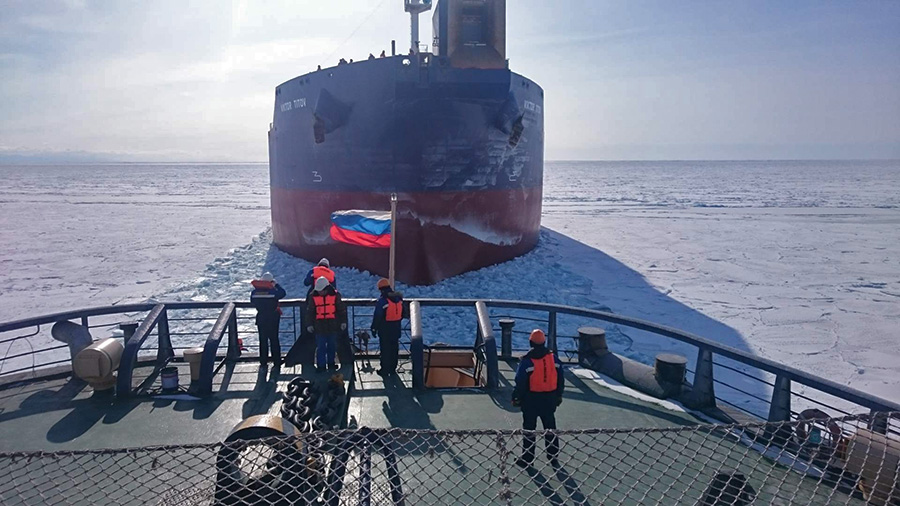 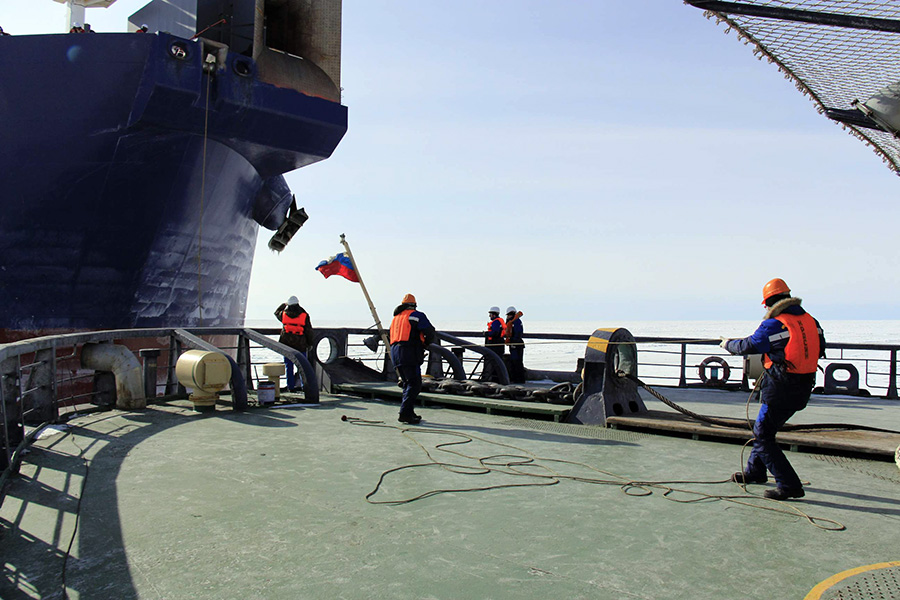 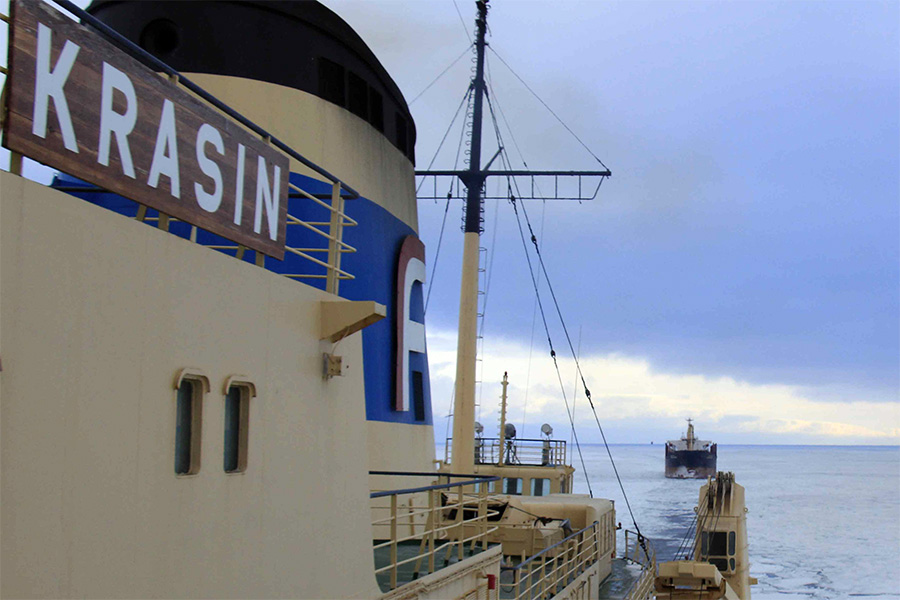 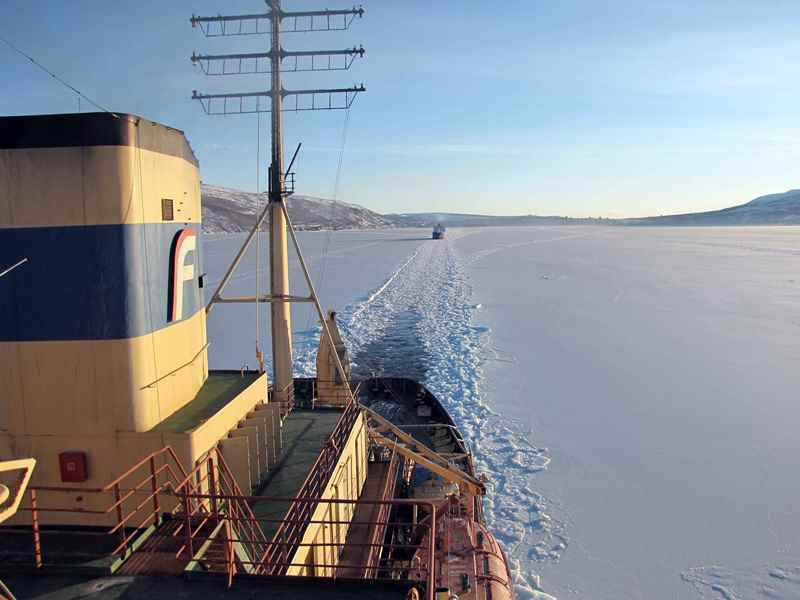 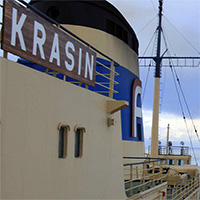 Since 1st February till 21 March 2016 the icebreaker «Kapitan Khlebnikov», commanded by Captain Alexander Stelmakh, was on duty at Aniva Bay. Ice conditions in this area were favorable, and tankers and gas carrier vessels under the Project went to/from the port of Prigorodnoye by themselves. Since December 2015 till March 2016 the icebreakers «Admiral Makarov» (Captain Anatoliy Kovalenko) and «Krasin» (Captain Leonid Budrys) worked in the Tatar Strait, providing pilotage of Aframax crude oil tankers (deadweight over 100,000 tons) to/from the port of  under the Project . The level of complexity of the ice conditions in winter navigation 2015–2016 years in the Tatar Strait refers to the average. Pilotages were accomplished by one icebreaker. Generally 53 pilotages were done to/from : «Krasin» made 24 of them and «Admiral Makarov» — 29. During winter navigation tankers carried about 2.65 million tons of oil.