29 October
On October 31, 2008 icebreaker the Admiral Makarov will lead out of Pevek two FESCO vessels the Vasiliy Golovnin and the Amderma to complete the Arctic navigation-2008. 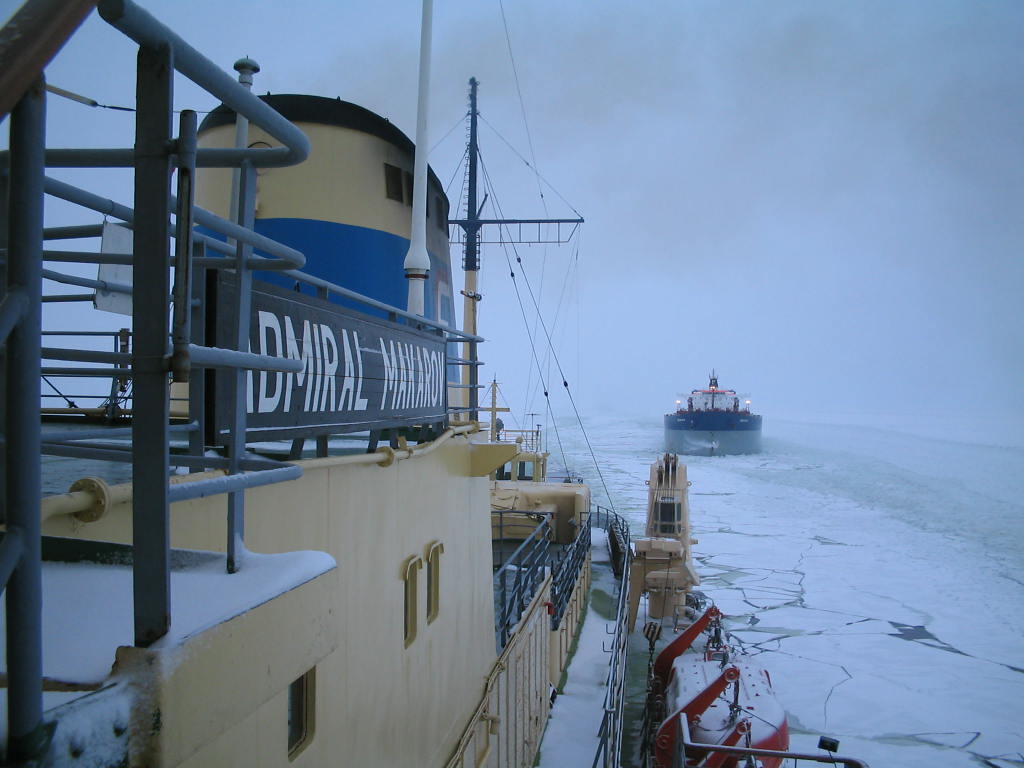 The Amderma was the first transport vessel to arrive Pevek with no ice-breaker support on July, 21.

During the season ice-breaker the Admiral Makarov under the supervision of FESCO Headquarters of Maritime Operations has led 17 transport vessels owned owned or managed by 6 shipping companies. The vessels have made 38 voyages and delivered over 28000 tons of cargoes, 48000 tons of fuel, and 98000 tons of food products to Chukotka.

Ice condition this season was the hardest for the recent years. Clean water was very slow to appear and pack ice hampered discharge of fuel and other cargoes on the roads on Northern Chukotka since the mid of August.

The temperature was 3-5 C lower compared to the last year season and resulted in fast icing. The ice in Pevek appeared on October 15th, and one week later no clean water was found.

High-skilled and experienced crews of FESCO icebreakers and transport vessels succeeded in the Arctic Navigation-2008, all the cargoes were delivered in time to the consignees. Chukotka has been provided with all necessary supplies for the winter till the next navigation season.