15 October 2009
The President of FESCO Transportation group Sergey Generalov has signed The Copenhagen Communique, calling to limit the ecological impact and to resist global climate change. 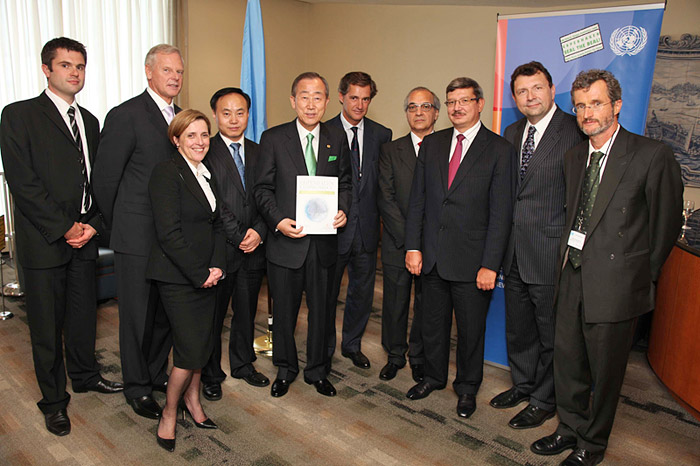 Modern business leaders realize that problems of environmental protection are out of competitive struggle but in area of mutual responsibility. Business contribution in common cause will depend on clarity and innovation of new program of climate influence restriction.

Companies which have signed The Copenhagen communique want the following points to be included into the new agreement:


It should be noted that the signed communique continues FESCO policy in the sphere of environmental protection. FESCO ?Green? strategy assumes to carry out intermodal transportations through the Trans-Siberian Railway as an alternative of deep-sea shipping. For example, the intermodal transportation on a route of Shanghai-Moscow allow reducing atmospheric emissions of CO2 by 40%, SOx by a factor of 3.5 and NOx — by a factor of 10 in comparison with deep-sea shipping.