FESCO, MARUBENI CORPORATION and United Grain Company have signed a memorandum of cooperation

19 March 2014
On March 19, 2014 in Tokyo, the representatives of FESCO, Marubeni Corporation and United Grain Company signed a memorandum on cooperation within the framework of increasing the volume of grain exports from the ports of the Far Eastern Region of the Russian Federation as part of the investment forum. 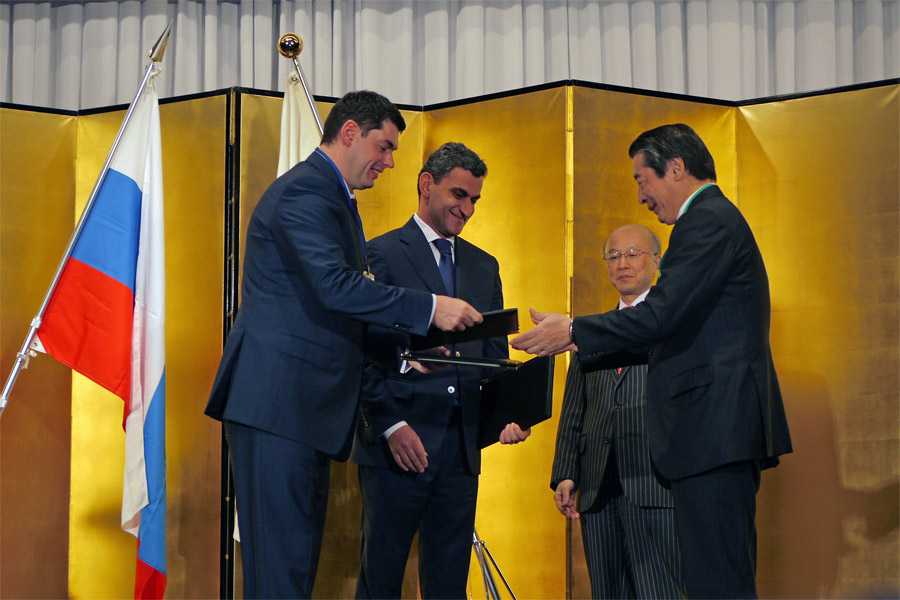 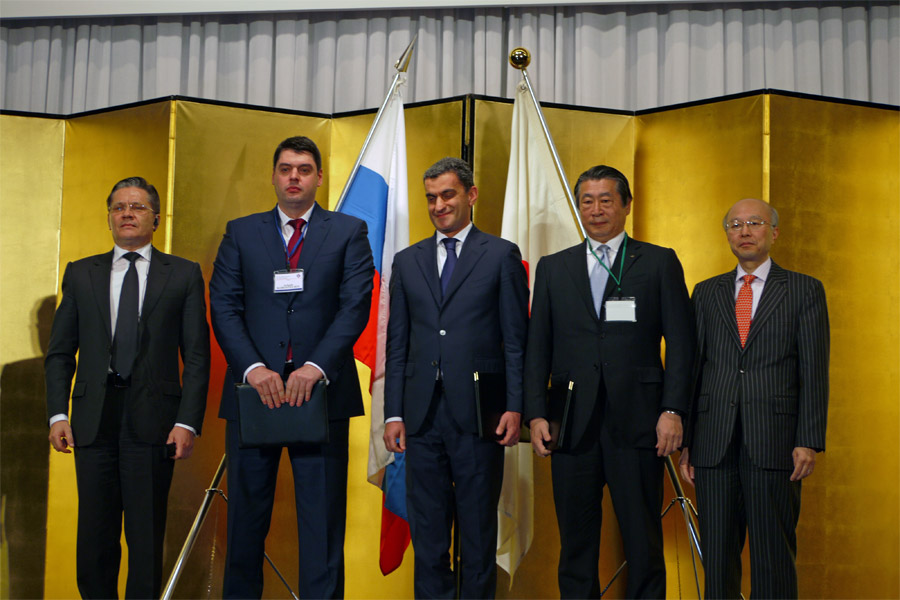 In accordance with the Agreement, it is expected that the first phase of project implementation in terms of the volume of grain exports from the Far East will amount to 100,000 tons.

Volumes of grain exports may be further increased to 5 million tons. Grain supplies will be administered to Japan, South Korea, China, Taiwan and other countries in Southeast Asia.

The construction of grain terminal is planned for the development of cooperation in the line of grain export in the Far Eastern port Zarubino.

The parties confirmed their interest in implementing all the commitments and deepening the mutually beneficial cooperation within the framework of this agreement.

FESCO is one of the leading transportation and logistics companies in Russia with operations in ports, rail, integrated logistics and shipping business. Diversified but integrated asset portfolio enables FESCO to provide logistics solutions and control almost all steps of the intermodal transportation value chain. FESCO is the leader of container transportation through the Far East via international sea container lines to/from Asian countries, domestic sea container lines and by rail, as well as the leading port container operator in the Far East. The majority of FESCO’s operations are located in the Russian Far East and the Group benefits from growing trade volumes between Russia and Asian countries. FESCO controls the Commercial Port of Vladivostok, which has throughput capacity of 3.9 million tons of general cargo and oil products, 150,000 vehicles and over 600,000 TEUs in containers. FESCO is among the 10 largest Russian private rail operators, operating under «Transgarant» (100% subsidiary of FESCO) and «Russian Troika» (50% joint venture with Russian Railways) brands. «Transgarant» operates a fleet of 16.1 thousand units of rolling stock, while «Russian Troyka» operates a fleet of 1.7 thousand container platforms. FESCO has a fleet of 24 vessels, mostly deployed through own sea service lines, and 4 icebreakers leased under contracts.

«Marubeni Corporation» is one of the largest trading companies, or «sogo shosha», in Japan.

Our operations include import, export, and offshore trade, project management, and the marketing of finished products, as well as business investment across a range of sectors including manufacturing.

United Grain Company, OJSC, was established on the basis of the Russian Agency for Market Regulation in accordance with the Decree of the President of the Russian Federation No 290 dated March 20, 2009. UGC is a state agent in purchasing and commodity interventions on the grain market which aim is to support domestic agricultural producers and increase their competitive advantage.

UGС operates and manages 12 grain elevators with a total capacity of 1.8 million tons and 14 processing plants with a capacity of 1.2 million tons in 18 constituent unities of the Russian Federation, as well as one of the country’s largest port handling companies — JSC «Novorossiysky Combinat Khleboproduktov».

The share of the Russian Federation in the charter capital of UGC is 50% plus one voting share; the other shareholder of the company is Summa Group.