FЕSCO Moscow Shuttle Made 2,500 Runs and Transported 350 k TEU for 8 Years of its Operation 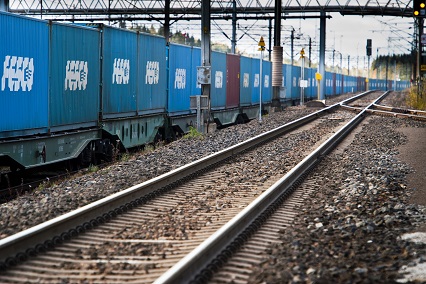 For the years of FMS operation, the weekly number of these container trains on the route increased tenfold – from one to ten.

Being a railway arm of the intermodal chain, FMS delivers cargoes from Southeast Asia countries through Vladivostok Commercial Sea Port (VCSP) to Silikatnaya station in the Moscow Region. FMS is the first FESCO’s block train from Vladivostok to Moscow. Currently, two more trains regularly run on this route, to Khovrino and Kupavna stations.

In February 2017, it launched a faster format of the service from Vladivostok, FMS Express. Shorter transit time by rail together with less time to wait for loading in VCSP and optimized document flow for customs formalities are parts of FESCO project “Shanghai – Moscow in 20 Days” that is intended to make delivery from Chinese ports to the European part of Russia in this period a new quality standard for the transportation industry. Now, in average FESCO delivers each fifth container to Moscow from Shanghai in less than 20 days.