09 June
FESCO President & CEO Evgeny Ambrosov will represent the interests of Russian ship owners in the Board of Directors of the Baltic and International Maritime Council (BIMCO). 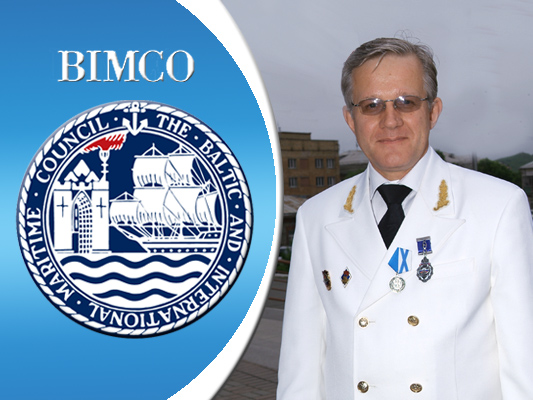 On General Assembly of the Baltic and International Maritime Council (BIMCO) taken place on June, 4-6th in Hong Kong FESCO President & CEO was elected to the Board of Directors of the most prestigious international non-governmental maritime organization. His nomination was unanimously supported by representatives of Russia’s largest shipping companies.

The Board of Directors is the highest governing body of BIMCO. It develops shipping policy and the usage of the oceans, as well as solves the problems of transport documents unification.

Members of the Board of Directors are elected on General Assembly for two years and represent leading ship owners of the different countries. Evgeny Ambrosov election in the supreme body of BIMCO management is a professional community recognition of his merits in development of Russian marine fleet of Russia and all transport system of the country.

One of the major achievements of Evgeny Ambrosov as CEO & President of the country’s leading shipping company is the building of FESCO Transport Group, the largest domestic container operator with a total volume of container operations over 1.8 million TEU in 2006.

BIMCO — the world’s largest association of the companies working in shipping business. Founded in 1905 in Copenhagen, today the association unites 2.550 companies, including the ship owners, operating 65% of the world’s merchant fleet tonnage, 1.500 brokers and agent companies, 100 correspondents of P&I Clubs from 123 countries all over the world.

The organization provides a wide spectrum of educational courses and the seminars tailored for listeners of all levels. BIMCO 39 association was established especially for young experts in shipping industry younger than 39. Membership in BIMCO 39 is free. BIMCO 39 forums provide young experts a dedicated forum for communication, experience sharing and professional discussions.