28 November
FESCO Transport Group (RTS: FESH/FESHG) has been selected as 2007 winner in “Discovery of the Year” nomination of East Capital Awards: the annual ceremony organized by one of the largest Swedish investment funds – East Capital. The ceremony gives awards to most successful companies from Russia and Eastern Europe in three nominations: “Discovery of the Year”, “Best growth” and “Best IPO”. 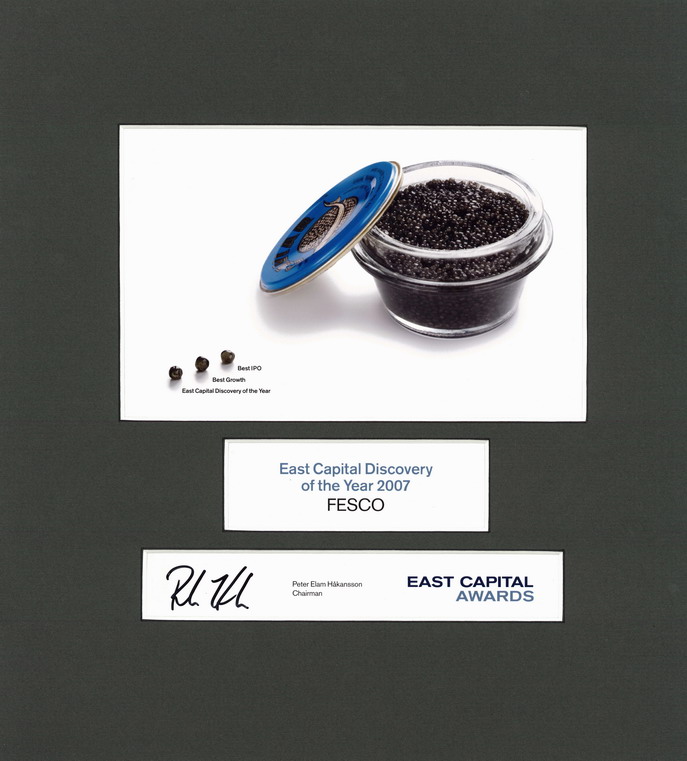 The award ceremony, held on November 22, 2007 in Stockholm?s Grand Hotel, was attended by FESCO President & CEO Evgeny Ambrosov and FESCO Member of the Board of Directors Kirill Rubinsky.

«It is a great honor for FESCO to receive this award. I regard this nomination as a proof of trust of its shareholders in the company, its development strategy and its management team. To be named „Discovery of the year“ by an investor such as East Capital is especially honorable, as it is undoubtedly one of the largest and most experienced investors in Russia and Eastern Europe, and FESCO's third largest shareholder» — said Evgeny Ambrosov in his speech at the Award ceremony.