25 July
FESCO's consolidated revenues saw a dramatic growth in the first half of this year compared with the same period last year, according to a statement by General Director Yevgeny Ambrosov. 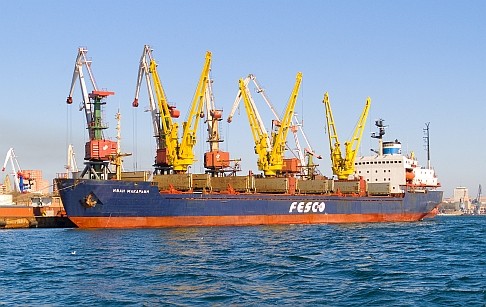 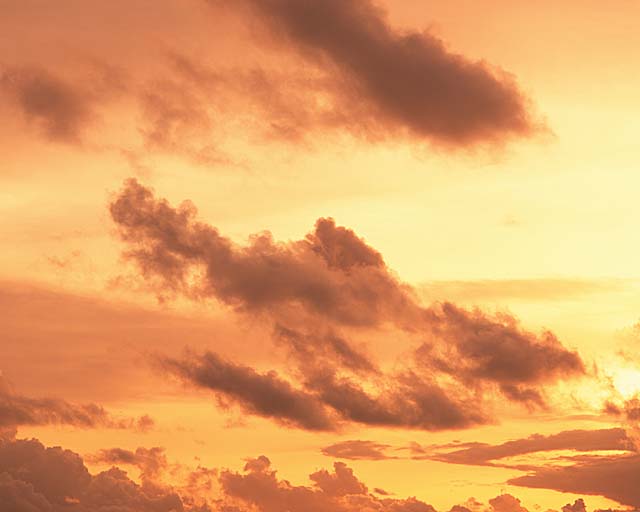 Mr. Ambrosov made the statement opening a biannual meeting of FESCO agent companies operating its overseas container lines, which lasted Tuesday through Thursday.

As a method to further raise revenues, FESCO has been reorganizing management of its overseas agent companies securing their closer interaction with the Vladivostok offices, which are responsible for bilateral and coastal shipping lines. The goal set by Mr. Ambrosov is to eventually create a unified business structure that will be flexible and effective and able to work in a cyclic economy, that is fully unfold during favorable peaks in shipping seasons and fold tightly during recession periods, but make money at any time.

The work has already yielded results, according to Deputy General Director Sergei Kozlov. FESCO has been buying capacity from other operators on the feeder lines where it doesn't have ships and developing its own transit cargo flows. Besides, the consolidation of management has rationalized the use of its ships' capacity, enabled a better choice of options to operate the lines, and helped organize cargo transshipment and balance cargo flows. These measures are expected to reduce operational costs.

Mr. Kozlov, who is also the president of FESCO's Seattle-based agent company, presided over the agent meeting, and commented on the reform's achievements:

"I think we have turned the situation around and established new state-of-the-art methods of management and interaction. We have departed from separate negotiations with each individual agency and brought them all together for meetings covering each line."

Mr. Kozlov stated that the company would continue the process of centralization of the agents' functions. In pursuit of this FESCO is currently installing unified computer software for its agencies around the Pacific Rim. It will also aim to strengthen its team in charge of the overseas container lines by recruiting more experienced professionals:

"The immediate tasks are an improvement of economic performance of the existing lines and an increase of Russian cargo flows," he stated.

For a longer term, the company plans to continue the development of partnership relations with other line operators in order to expand the geography of its transportation services. Secondly, it wants to attract a volume of cargo in the trade between Russia and the United States that will be sufficient to open a line. FESCO will also seek to expand line shipments to the Island of Sakhalin with its international multi-billion-dollar petroleum investments, extend cargo shipments across America to the East Coast and on to western Russia and develop the inter-modal component of the line business both in Russia and other countries.

"We have a good prospect to become a dominant Russian marine carrier," Mr. Kozlov stated.

The executive named FANAL as FESCO's best international line last year. (It connects the United States, Canada, Australia and New Zealand.) FESCO operates the line jointly with its partners under a capacity sharing agreement, owning three of the 15 ships on the line and having a capacity share on each of the 15. The partners are companies well known in the shipping business, such as P&O, C. P. Ships and Columbus. Maersk, the world's largest container operator, joined the agreement starting in 2003.

The line is fairly profitable. Last year, earnings of FESCO ships exceeded the average market figure by almost 30 percent. Canadian International Freight Forwarders Association named the line as the best ocean carrier for Australia and New Zealand in 2002. The targets for the future are to increase the market share and remain a strong partner.

The FNZEL line connecting New Zealand, Australia and Asia is in its formative stages. Last year, the fleet was replaced with larger ships and service frequency increased to become weekly. One of the five ships on the line was chartered off to Columbus as a result of improved relations with the company. FESCO expects that the move will raise efficiency of the remaining four ships by slashing the running expenses. The future measures to improve the line's economy will involve reduction of port calls, a focus on the promising New Zealand's cargo flow, balancing the cargo flows headed north and south and increasing the high-freight refrigerated cargo flow.

The third line, FAL (Australia-Asia), which used to be the flagship of FESCO's container line business just a few years ago, is now going through hard times. What makes the line's revenues go down is freight rates that have reached a record low, uncontrolled competition, a misbalance in trade and the necessity to ship empty containers from Australia as well as the latest hike of bunker fuel prices. Stringent measures to control the line's economy and relations with the partners as well as the tightening of internal discipline have slowly but surely yielded an effect in rectifying the situation. One of the major positive changes was an overall and tangible rise of rates for southbound cargoes, which was supported by all operators in the region. .

Mr. Kozlov pointed out the importance of mutually beneficial partnership with other shipping companies, which the company realized after a protracted period of pursuing self-sufficiency."For years we kept a distance from other international carriers, self-isolating ourselves from the process of rationalization that embraced the international section of container transportation," he stated. "The increasing competition made us to totally reconsider this concept. We started to maintain regular contacts with other shipping companies that have lines going in the same direction, concluding capacity sharing agreements."

"The results were prompt and positive: on the FANAL line we, albeit with a small contraction of our market share, managed to slash expenses by 2.5 times and considerably increase the fleet's efficiency. We released five ships from the line using them to entirely replace the fleet on the FNZEL line."

"Apart from that, we gained access to the intellectual resources of the partners, it's a very valuable experience and we will be developing it."

FESCO is Russia's third largest shipping company operating a fleet of 77 vessels with a total deadweight of 1 million metric tons. It is headquartered in the Russian Pacific port of Vladivostok.