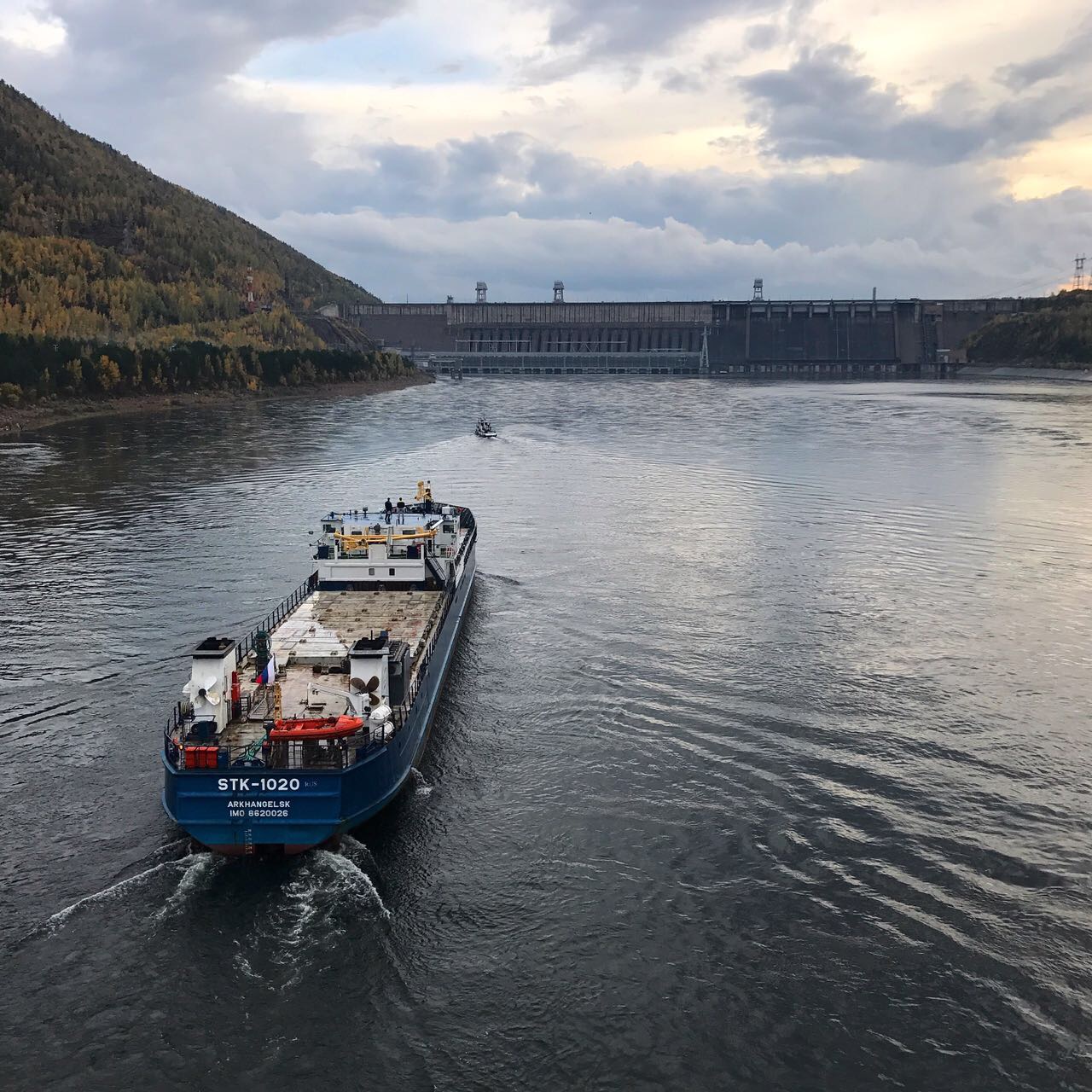 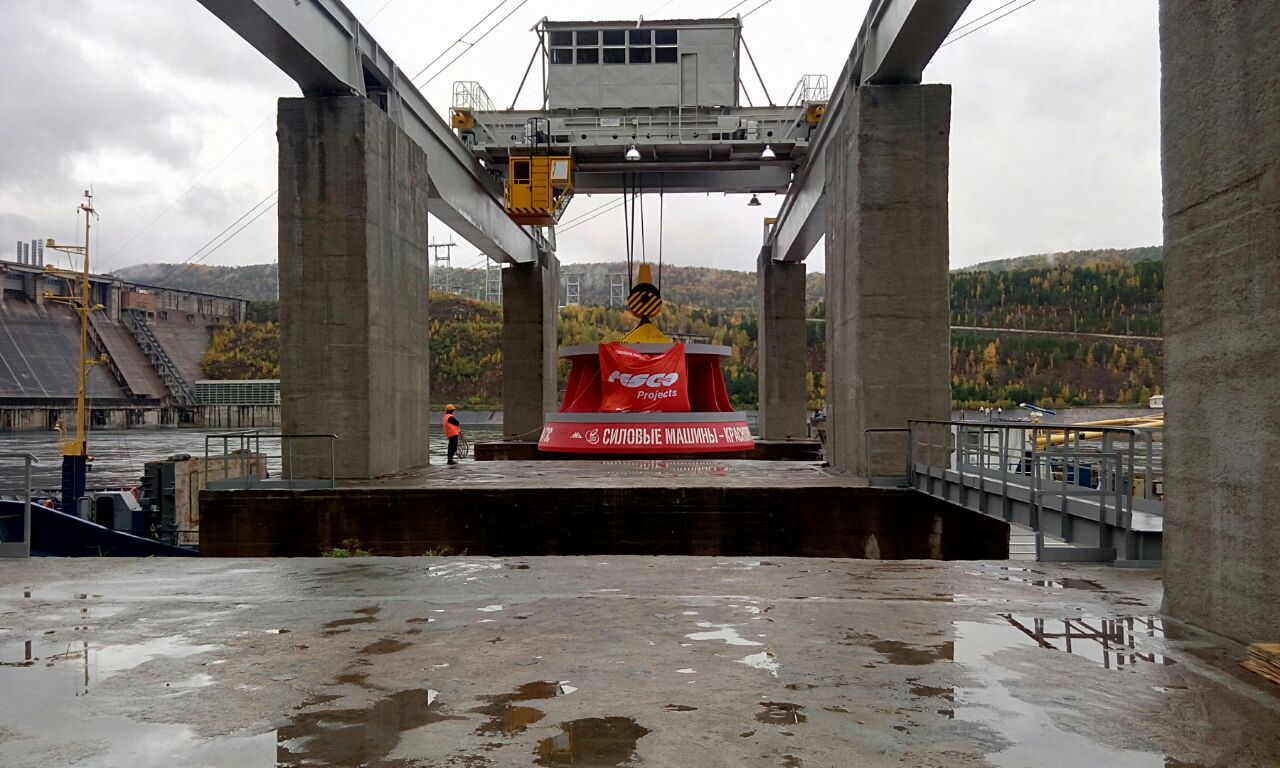 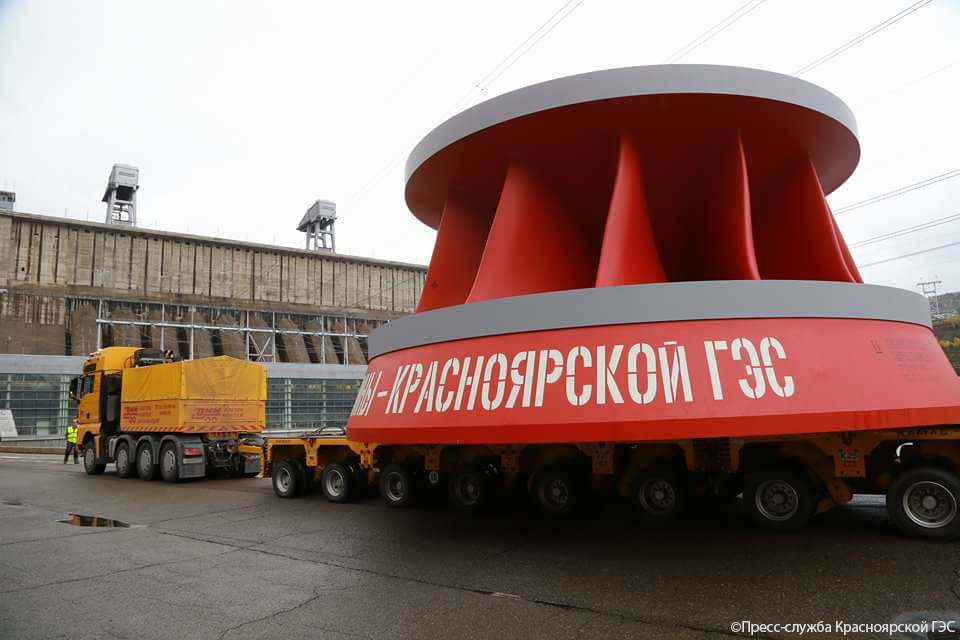 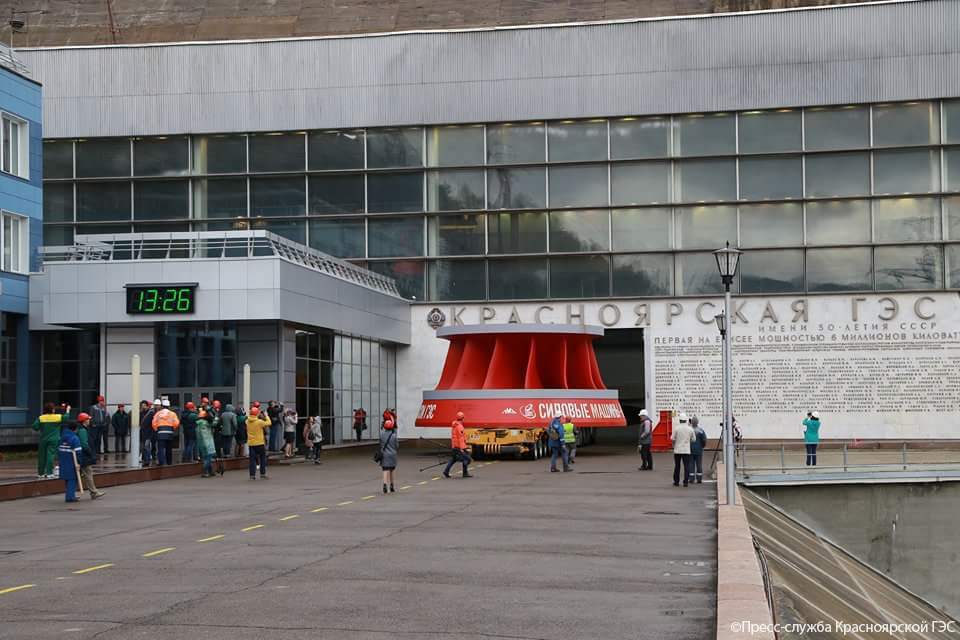 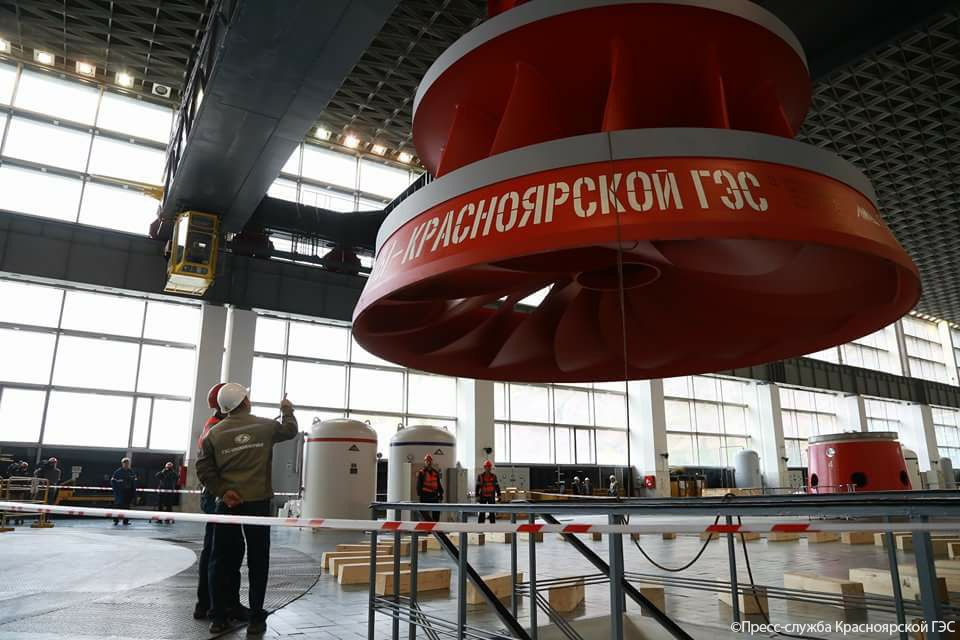 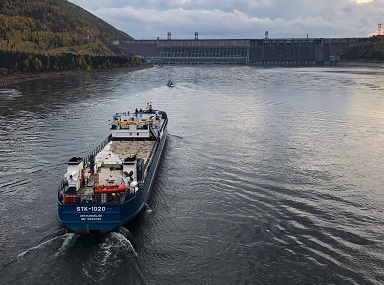 The ship with hydraulic equipment put out of St. Petersburg on August 26th, traveled more than 6000 km through the White Sea – Baltic Sea Canal, the Northern Sea Route and river Yenisei and arrived at the pier of the Krasnoyarsk hydropower plant on September 19th. The mooring of the vessel, preparation, unloading and delivery of the first wheel to the main generator hall of the Krasnoyarsk hydropower plant lasted six hours, of the second wheel – four hours. All works were completed by September 20th.

To ensure delivery of the unique oversized equipment specialists of FESCO developed an individual integrated transport and technological scheme, including the schemes of loading from an unequipped pier in St. Petersburg and unloading at the pier of the Krasnoyarsk hydropower plant in the city of Divnogorsk, as well as the route and the technology of a multimodal transportation. In addition, FESCO has provided for land transportation of extra equipment weighing 160 tons.