FESCO to Launch a New Boxship

11 March
On March 7th, 2009 a new container-carrier the FESCO Vladimir was launched at Stocznia Szczecinska Nowa, Poland. It is the third container carrier of the B-170 series of boxships built for FESCO in Poland. 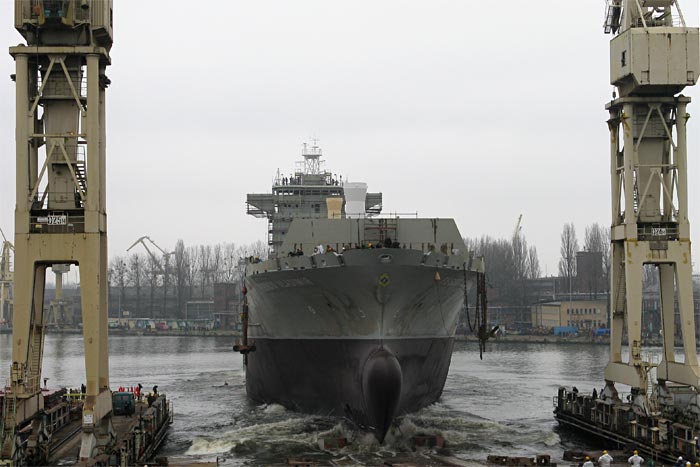 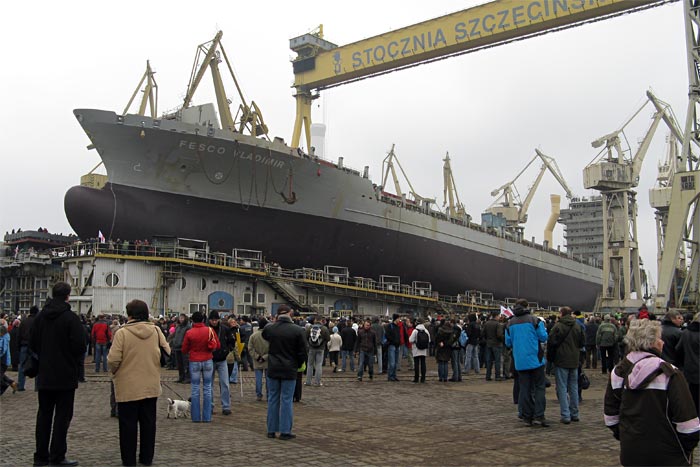 The specifications of the FESCO Vladimir are as follows: deadweight 22750 tons, container capacity 1730 TEU, length overall 184,1 m, breadth 25,3 m, draught 9,85 m, speed 19,7 knots. The FESCO Vladimir is a sister-ship to m/v the Kapitan Afanasyev, the Vladivostok, the Kapitan Maslov built at Stocznia Szczecinska Nowa in 1998, but the new vessel differs from her sister-ships by the cargo-handling equipment (three cargo cranes of 45 ton capacity per crane), ice-class Е3 and 200 reefer sockets for reefer containers.

The newbuilt was named in the honor of one of the first cargo-passenger ships of Dobroflot (the Volunteer Fleet) built in England in 1880. The first steam ship the Vladimir, purchased on the donations of the citizens of the Russian city Vladimir, operated in Dobroflot (the originator of FESCO) for 13 years.

The shipbuilding contract between FESCO and Stocznia Szczecinska Nowa shipyard was inked in March, 2005. The first vessel of the series В-170 – the FESCO VITIM – was delivered in August, 2008; the second one – the FESCO VORONEZH – was delivered in December, 2008. The both are successfully operated in the Baltic, deployed on the container line between St.-Petersburg and European ports.