FESCO to begin supplying the Argentine Research Stations in Antarctica

05 February 2016
The diesel-electric ship «Vasiliy Golovnin» (FESCO Transport Group) February 4, 2016 came to Antarctica to work on the project of supplying the Argentine research stations under the tender of the Argentine Ministry of Defense. 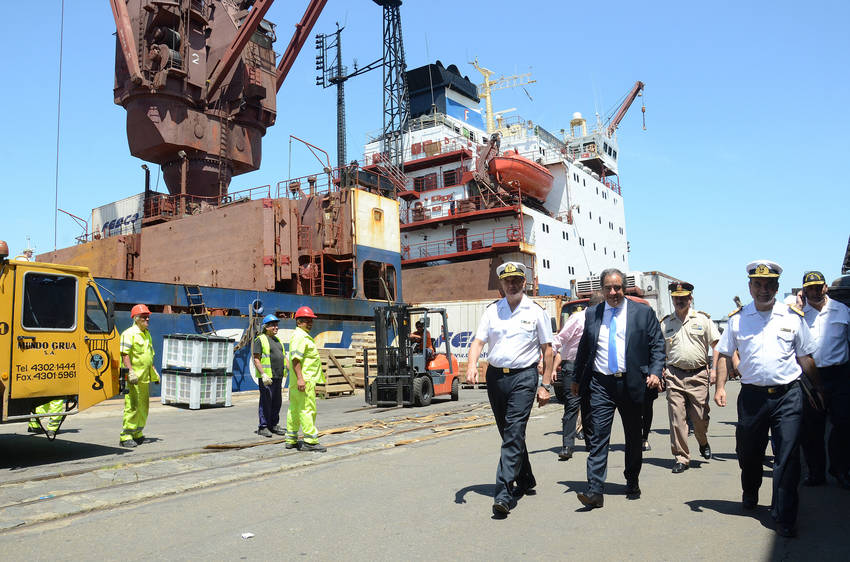 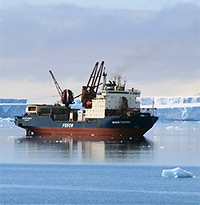 On board of the vessel is about 6 000 tonnes of general cargo — equipment, provisions, diesel fuel loaded in the ports of Buenos Aires and La Plata.

The voyage of «Vasiliyl Golovnin» is to last 45 days under the terms of the .

The expedition will be completed in late March 2016, this depends on ice conditions in the Antarctica. During the the vessel will deliver the goods to the polar stations with the help of two helicopters and two barges for unloading on unequipped shore. The station Orcadas will be the first to visit.

January 29, 2016, on the eve of departure from the port of Buenos Aires, the ship was visited by a delegation of 32 people headed by the Minister of Defense of Argentina and his deputies, the leadership of the Argentine naval forces, Russia’s ambassador to Argentina, and the unit of the military attaché at the embassy. During official visit the delegation inspected the vessel and checked its readiness to perform this work on the project.

FESCO participates in the project of supplying the Argentine research stations under the tender of the Argentine Ministry of Defense for the eight time. Last year the ship «Vasiliy Golovnin» visited 11 Argentine stations, processing a total of about 8,500 tons of cargo.