01 August
FESCO Transport Group performed as a General Sponsor of the 1st Pacific Economic Congress held in Vladivostok on 28-29th of July. 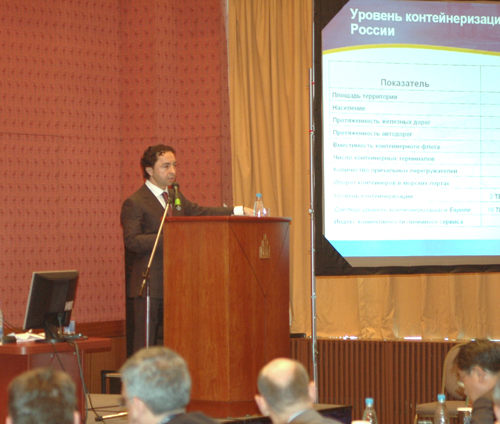 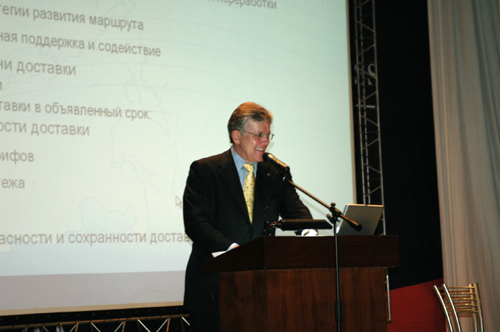 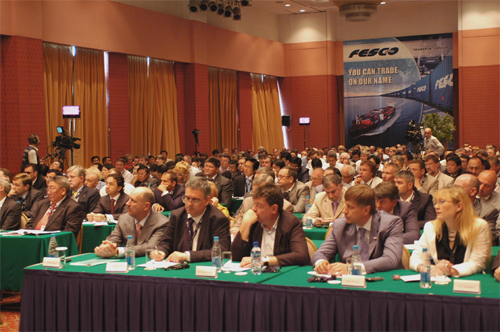 According to Evgeny Ambrosov, FESCO President & C.E.O., «there is no doubt about the significance of the event both for the region and for the country, in particular, in the run-up to APEC 2012 Forum to be held in Vladivostok».

Siman Povarenkin, Chairman of the Board of Directors of FESCO Transport Group marked high potential of the Far Eastern region as a big Russian transport center in the Pacific RIM. Speaking at the plenary meeting with the report «Interaction of the State and the Private Business in Improvement of the Russian Transport System Competitive Ability», he stressed the following: «…FESCO intends to robustly participate in the innovative development of the region both as the biggest private investor and as a provider of the integrated logistic solutions».

At the meeting related to the problems of International logistics and transport infrastructure Evgeny Ambrosov made a presentation of «Competitive Advantages of "East-West" Transport Corridor». The speech of FESCO President & C.E.O. was committed to factor evaluation of transport corridor competitive ability assessment. Actually such factors determine clients' option in favor of one or another transport route, i.e. available infrastructure, sufficient for cargo flow receiving and handling, delivery time and cost, safety, availability of the route development strategy and national support.

Mr. Ambrosov stressed attention to the fact that «the Russian transport market players should take the best efforts to return the cargo flow to the domestic routes. In particular, Transsiberian railway route has competitive advantage by the factor of time even if transporting cargoes to the Western Europe».

The 1st Pacific Economic Congress held in Vladivostok is an initial phase of preparing Russia to chairman APEC under the economic policy of Russia in the Asian & Pacific region. The Congress challenged the development of the investment, production and trade cooperation of Russia with the Asia & Pacific states. The Congress was attended by Aleksey Kudrin, Minister of Finance of the Russian Federation, Svetlana Orlova, Vice Chairman of Federation Council, Colin Heseltin, APEC Executive Secretary, heads of the Russian Far Eastern constituent entities of the Federation, representatives of the federal agencies, politics, businessmen, foreign guests.