15 December
FESCO icebreakers begin navigation of Aframax crude oil tankers (deadweight over 100,000 tons) from the port of  through the Tatar Strait under the contract with Exxon Neftegas Limited, operator of the Project. 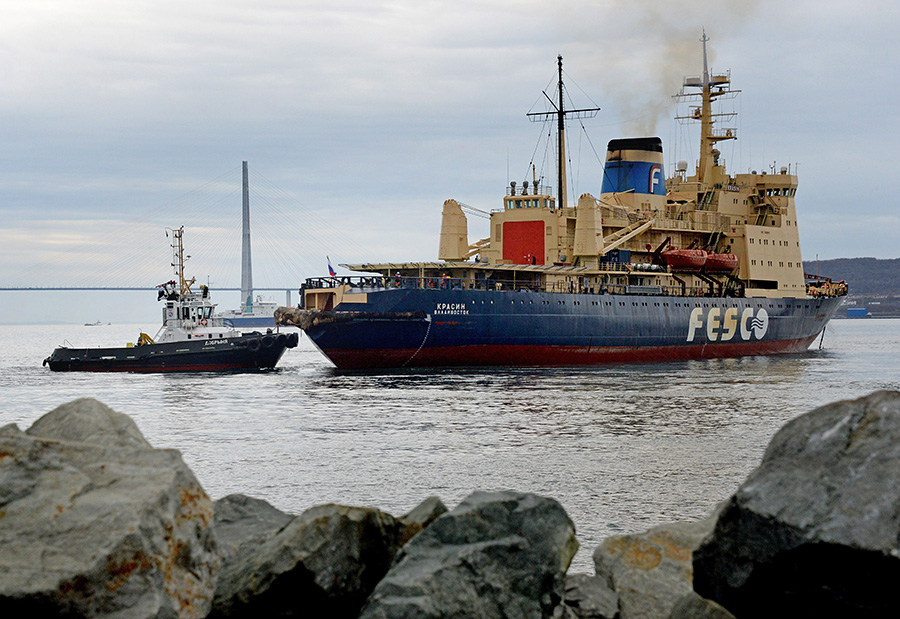 The icebreaker «Krasin», commanded by Captain Leonid Budrys, left the port of Vladivostok on December 12, 2015.

The icebreaker «Admiral Makarov», under the command of Captain Anatoly Kovalenko, is scheduled to depart on December 22, 2015. Winter Navigation 2016 is to last from January to March 2016.

By request of the Federal Maritime and River Transport Agency of the Russian Federation and under the contract with Federal State Unitary Enterprise «Rosmorport» the icebreakers «Admiral Makarov» and «Krasin» are to provide navigation of vessels at the port of Vanino, if it is necessary and in addition to their primary work.

FESCO provides pilotage of tankers for the project annually since 2006. During navigation 2015 FESCO icebreakers carried out 34 pilotages at total length of 3.5 thousand miles, and tankers transported 2.6 million tons of oil.