17 December 2015
Since 25 December 2015 FESCO icebreaker «Magadan» will be on duty at Nagaev Bay of the Sea of Okhotsk, carrying out pilotage of the vessels with national economic goods from the port of Magadan until of the next year. 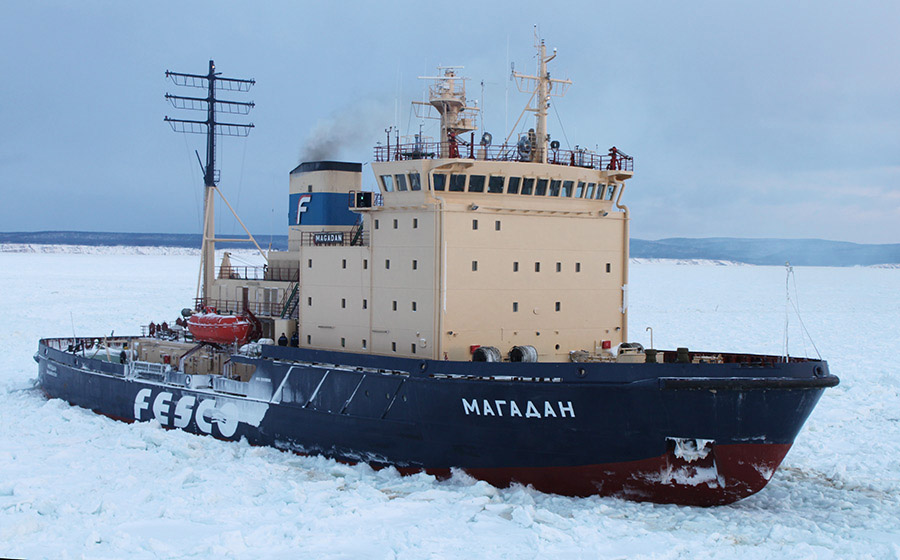 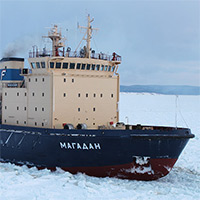 December 17, 2015 icebreaker «Magadan», under the command of Captain Nikolay Dishkant, left the port of Vladivostok and went to the port of Magadan. Pilotages of the vessels are to carry out at the request of the Federal Maritime and River Transport Agency of the Russian Federation and under the contract with Federal State Unitary Enterprise «Rosmorport».

FESCO provides pilotage at Nagaev Bay annually since 2004. Last year «Magadan» made 24 pilotages. Totally the icebreaker piloted 39 vessels, transporting about 138 000 tons of national economic goods. 44 vessels went by themselves on the ice to the port of Magadan according to the recommendations of FESCO icebreaker.