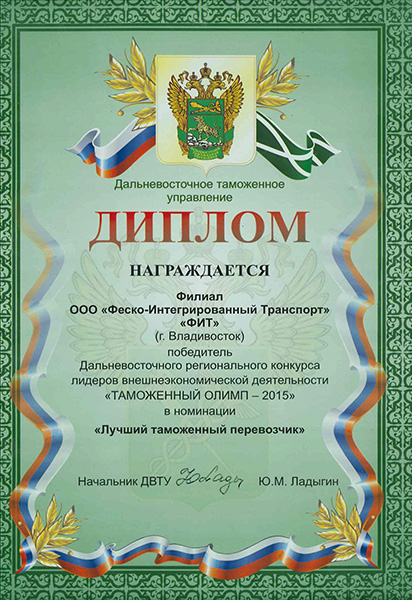 The Far Eastern competition Customs Olympus is held annually within the scope to the Federal Competition of the Russian Federal Customs Service. FESCO Group company has won the competition for the fifth time.