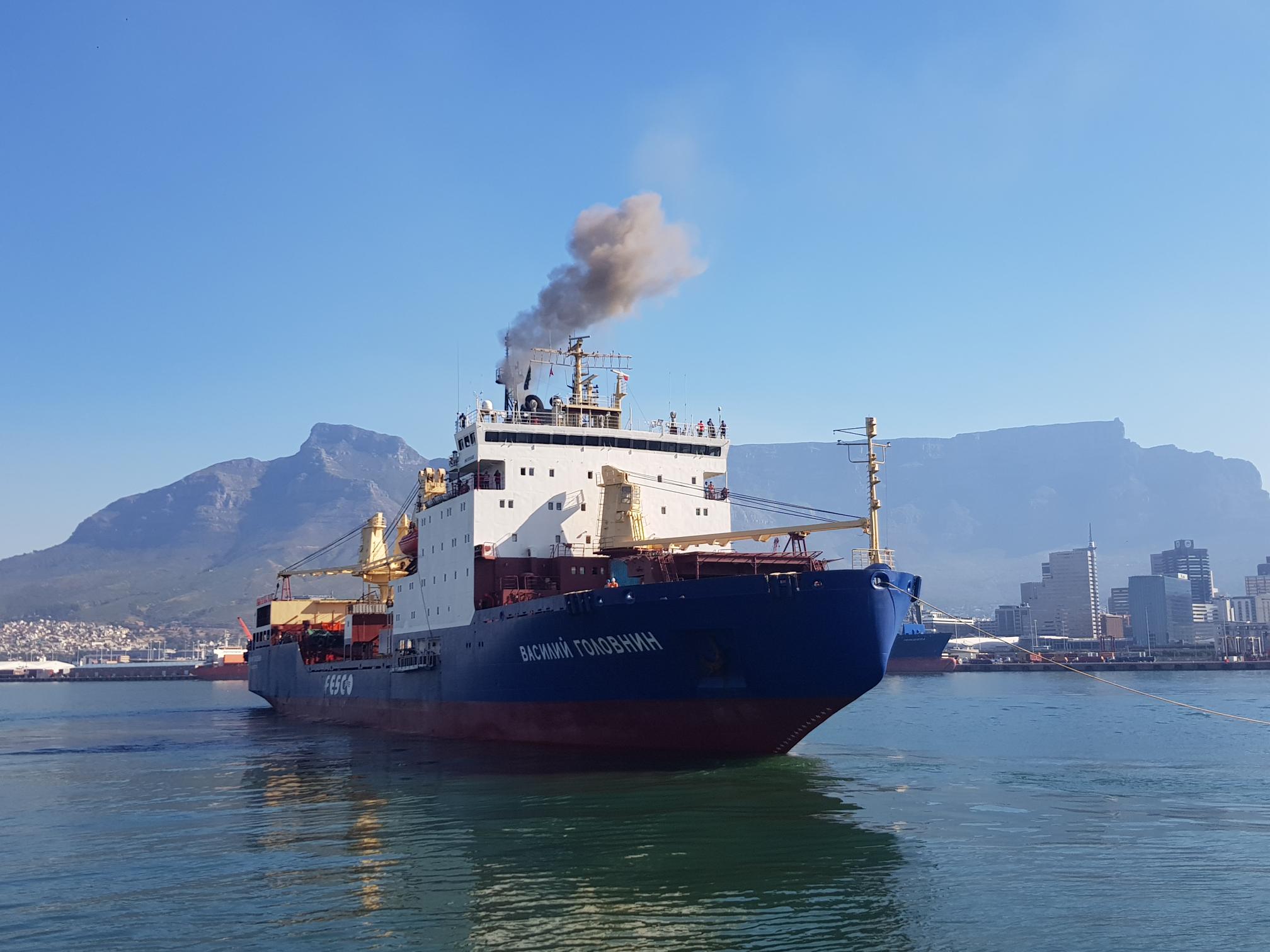 On board of the vessel there are two helicopters for ice observation and a self-propelled barge which is needed to unload the cargo on the unequipped shores. In addition to the delivery of necessary goods, the vessel will be used for removing domestic and technical waste from the stations.

The contract between FESCO and the National Centre for Polar and Ocean Research (NCPOR) of the Ministry of Geography of India for the supply of Antarctic stations was signed in October 2018. All necessary repairs were carried out and additional equipment was installed to implement the project on the vessel. The certificate of a polar navigation vessel, issued by the Russian Maritime Register of Shipping, confirmed that the vessel Vasiliy Golovnin was ready for the upcoming voyage in the polar waters. In addition, FESCO received special permission from the Ministry of Natural resources and ecology of the Russian Federation to carry out activities in the Antarctic.

FESCO has a great work experience in Antarctica and has repeatedly participated in government projects for supplying research stations in the USA, Australia, Great Britain, Chile and Argentina. In over 60 years of work at polar stations, FESCO ships’ crews have performed loading and unloading cargoes on ice and unequipped shore, which are often the most difficult cargo operations.