17 April 2020
FESCO Transportation Group’s (‘FESCO’) diesel motor vessel Vasiliy Golovnin successfully finished the Antarctic expedition of 2020. The vessel delivered cargoes for two Indian and one Belgian research stations. The expedition lasted for three and a half months; the vessel returned to the port of Cape Town (South Africa) on 10 April 2020. 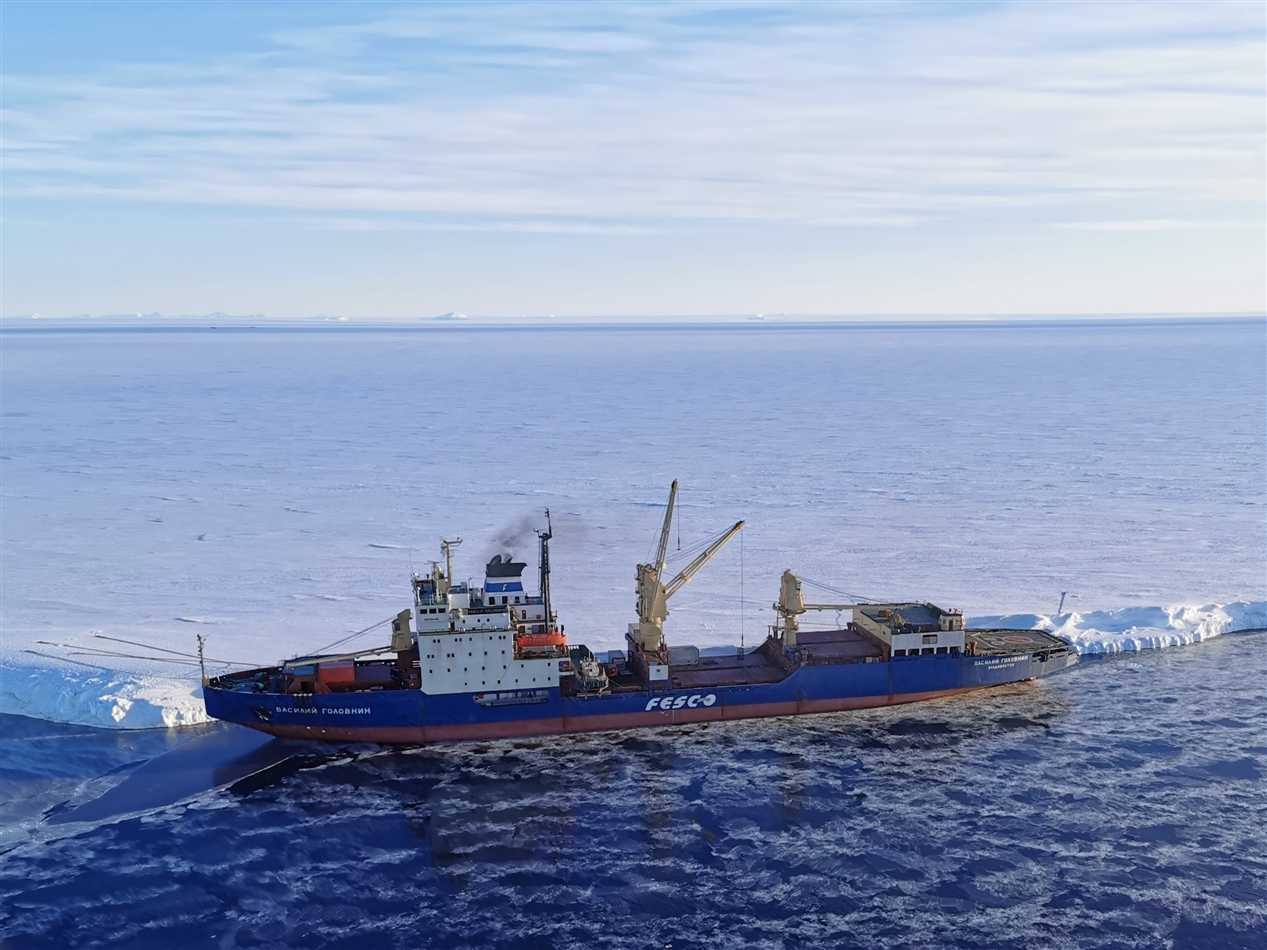 The vessel Vasiliy Golovnin under the command of Captain Iksan Yusupov delivered 1 382 tons of various cargoes, including equipment, fuel and food, as well as a new shift of polar explorers to the Indian stations Bharati and Maitri and the Belgian station Princess Elisabeth. The vessel was also used for removing domestic and technical waste from the stations.

The contract between FESCO and the National Centre for Polar and Ocean Research (NCPOR) of the Ministry of Geography of India for the supply of Antarctic stations was signed in October 2018. All necessary repairs were carried out and additional equipment was installed to implement the project on the vessel. The certificate of a polar navigation vessel, issued by the Russian Maritime Register of Shipping, confirmed that the vessel Vasiliy Golovnin was ready for the polar voyage. In addition, FESCO received special permission from the Ministry of Natural resources and ecology of the Russian Federation to carry out activities in Antarctica.