FESCO will build 4 containerships on the Chinese yard “Jinling Shipyard” 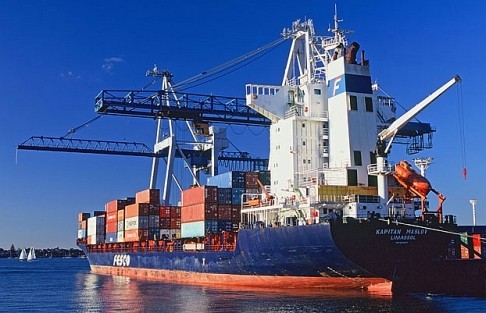 Yard “Jinling Shipyard” has got a good reputation among Western shipowners – the biggest German shipowner-companies are placed more active their contracts on building ships just on this yard. The project of ships, ordered to the yard of FESCO and elaborated German designers, is the latest achievement in the field of projection of ships present type and size.

“The yard, with which we work, has enough good experience in field of building containerships, and also with necessary specification for us. Besides this specification was elaborated by German designers and ship-builders” – said FESCO President Evgeny Ambrosov.

Moreover, singularity of this project of containerships is that, they have the highest class of automation and is foreseen unmanned regime of service of engine room.
Obligatory docking (ship regime technical service in docks) of ships will be performed rare in two times – once in five years, when usually, for containerships of the same class it is performed two times in five years. The ships will be rigged with heavy machinery plant, the main engine and auxiliary machines will be worked on heavy fuel. In particular, they could transit enough big quantity of cargoes in refrigerator containers.

Newbuilding ships evolve speed to 19,6 knot in work regime. On present day containerships of this type will be the fastest ships in the FESCO fleet. The new containerships are planned to enable on the international lines of FESCO.

The beginning of building works on the yard has been planned on the January of 2005. Placing the containerships in operation activity of Far-Eastern Shipping Company is fixed on the March, September, November, December of 2006.