06 November
On November 1, the icebreaker «Kapitan Khlebnikov» arrived at its base port Vladivostok after completing the works on the project of Karmorneftegaz (an ExxonMobil and Rosneft joint venture) to explore and develop oil and gas fields in the Kara Sea offshore waters. 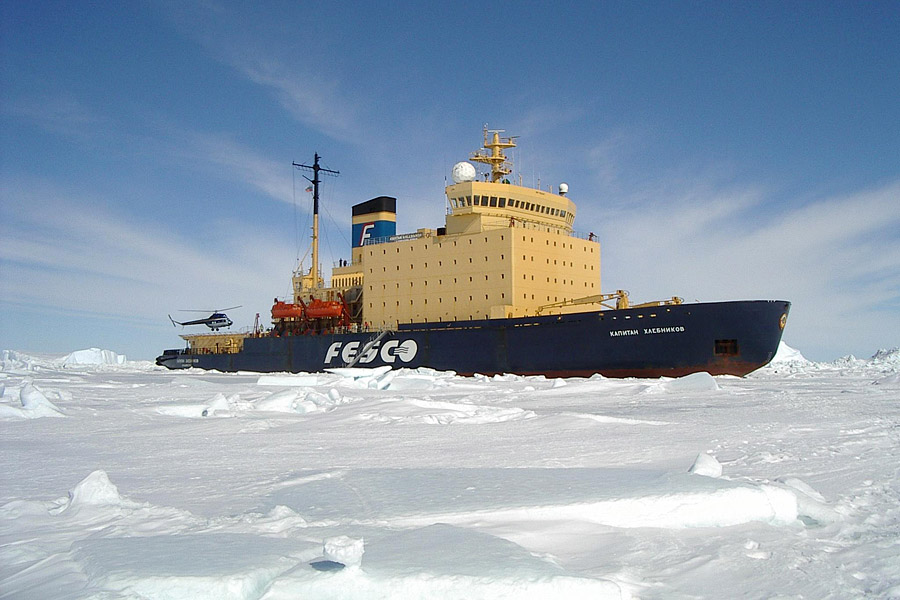 From July 20 to October 8 of 2014 «Kapitan Khlebnikov» performed the functions of an ice patrol tender. Involving an icebreaker was necessary to protect from the ice the West Alpha rig which carried out prospective drilling on  well at the license area of East Prinovozemelsky field.

«Kapitan Khlebnikov» departed from Vladivostok on June 20 of 2014, navigating to the Kara Sea over the Northern Sea Route in  conditions, with an atomic icebreaker coming to aid. The home port transit was accomplished by «Kapitan Khlebnikov» independently. The marine venture lasted 134 days, with 24,066 nautical miles covered during this time.

Routine maintenance, crew rotation, stock renewal will be done in the period. Early in February of 2015 «Kapitan Khlebnikov» will set out on its next voyage on the project (taking oil and LNG tankers to destination points in the Aniva Bay and Le Perouse Strait).