07 June 2016
ship «Vasiliy Golovnin» (FESCO Transportation Group) made voyage to the Western Arctic. During this voyage the vessel discharged at the Golomyanny island (Severnaya Zemlya Archipelago) about 2 176 tons of cargo: building materials, equipment and machinery. 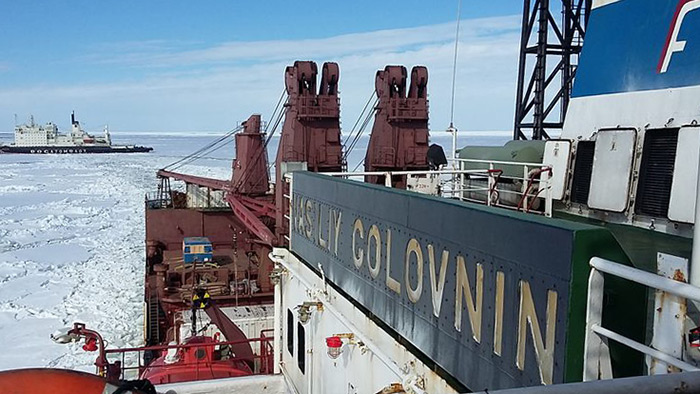 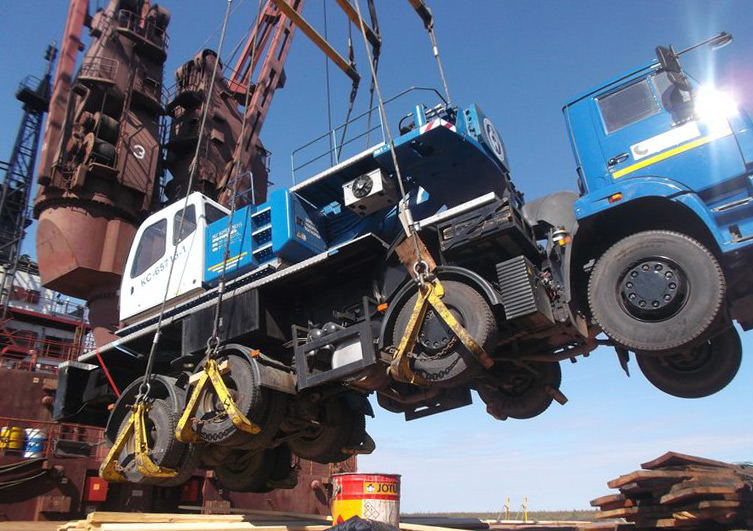 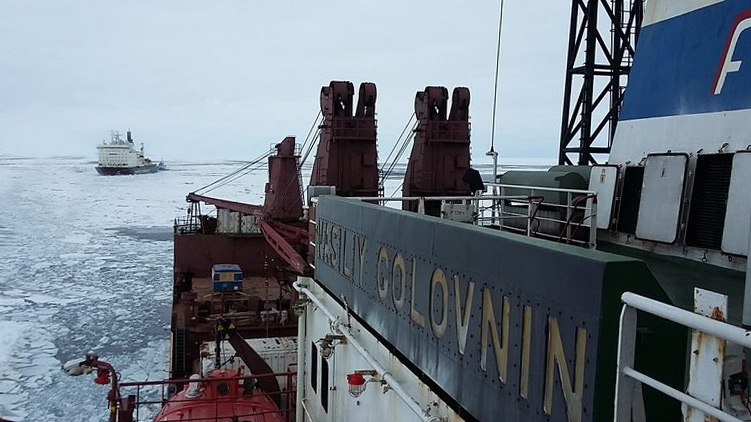 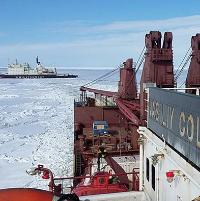 Loading was carried out at the port of Arkhangelsk on May 14, 2016, and on June 1, 2016 the vessel unloaded on the Golomyanny island. The transition from the edge of the ice field to the archipelago took place in two stages, together with Rosatomflot atomic icebreakers «Vaigach» and «Yamal». Discharge from board to the fast ice and unequipped shore was accomplished by «Vasiliy Golovnin» crew and charterer’s representatives.

Currently, the ship «Vasiliy Golovnin», piloting by «Yamal», is going to the port of Arkhangelsk, where it will be around June 9, 2016.