MV SINEGORSK: Loss of timber overboard in the English Channel 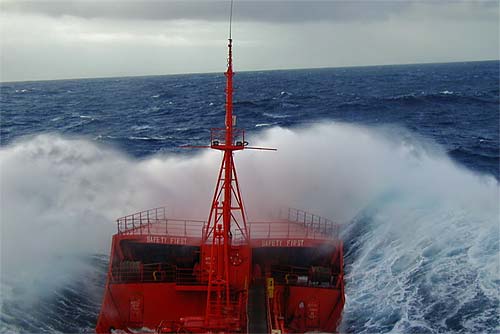 The Russian flagged ship was sailing through a heavy storm in the appropriate sea-lane approximately 14 nautical miles south of Newhaven at the time of the incident.

As a result of this incident the 1991-built ship developed a 15 degree list to port. The crew re-ballasted the ship and reduced the list to five degrees. The MV Sinegorsk carefully proceeded to a sheltered anchorage off Portsmouth under her own power followed by docking in dock Number 106 in Southampton for re-stowing the cargo and repair of the possible damage of the vessel. The crews are safe and sound, none was hurt.

The owners are co-operating fully with the British authorities responding to this incident. The Maritime & Coastguard Agency are monitoring the movement of the floating timber by both air and ship observation.

The weather in the area continues to be poor with rain, stormy western winds and rough seas.

The MV Sinegorsk has a complement of 25 Russian crew and was heading with a cargo of sawn timber from Sweden to Egypt. The Spanish built geared ship is one of a fleet of nine ships in the FESCO fleet dedicated to the carriage of timber cargoes.