11 October 2007
National Container Company (NCC), the leading terminal operator in Russia and CIS has completed yet another stage of quay wall construction in Ust-Luga container terminal on time. The entire pile foundation and front pile sheet are now in place for the two future berths with total length of 440 m. 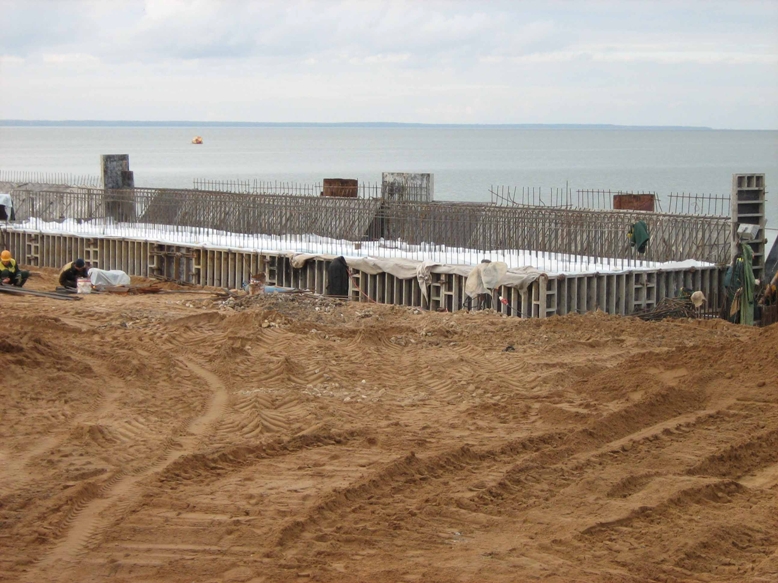 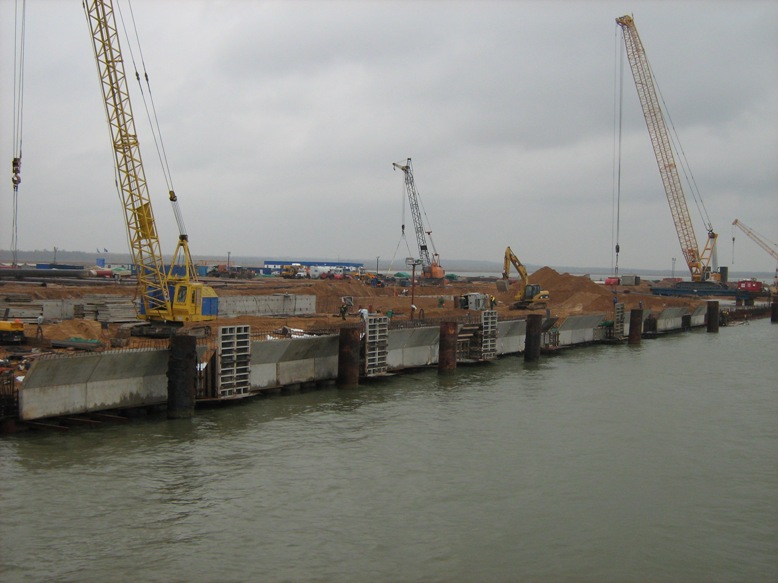 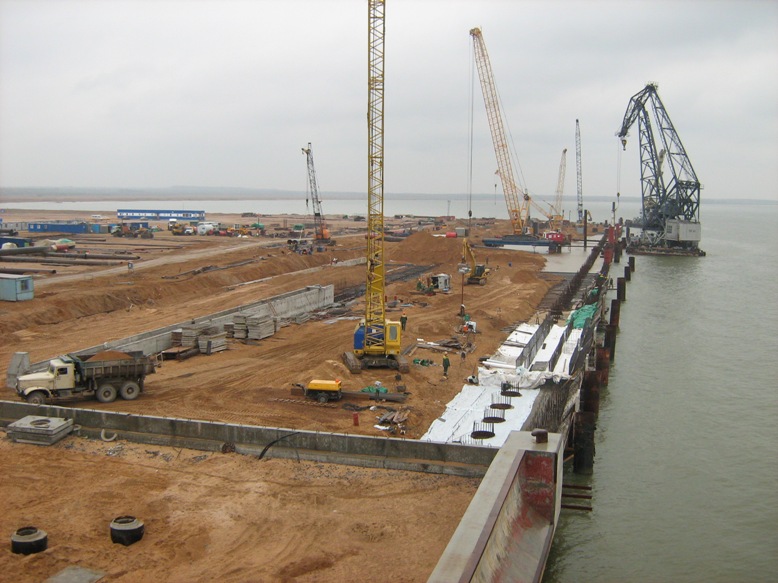 In strict accordance with the schedule, the last pile was plunged into the ground over the past weekend. Owing to the successful completion of this work the terminal gets its defined marine borders (see photos attached). As originally planned, the pavement of the upper structure of the berth that was started in August, 2007 will be completed in December, 2007 while dredging alongside will be finished in 2008. Thus, the terminal will be ready to go live in early 2009 as expected.

Mr. A. Bezsalov, Director of Ust-Luga container terminal, has expressed his appreciation to Rosmorport and Ust-Luga port authorities for their co-operation and support which resulted in timely approvals of the necessary paperwork as well as arrangements for temporary access to power supply and allocation of premises for deployment of machinery and storage of construction materials. Mr. Bezsalov has also said that timely completion of this stage highlights professionalism and dedication of the entire NCC team as well as that of «Sochimorstroy» constructing company which has done the job within a tight timeframe.

Mrs. A. Ashurkova, President of NCC, added: «Container terminal in Ust Luga is of strategic importance to NCC. It is designed to provide sufficient terminal capacity to cater for the rapidly growing export/ import and transit container traffic in Russia and the Baltic region as a whole».

As communicated earlier, NCC started construction works at the terminal in Ust-Luga in April, 2007. The opening stage of the first phase is due to be completed in December, 2008 and will provide with throughput capacity of 150-180,000 TEU per annum. The total capacity of the first phase will amount 500K TEU. By 2019 total terminal capacity will reach 3M TEU. This is the largest terminal project in the countries of the Former Soviet Union that has total investment of $800M.