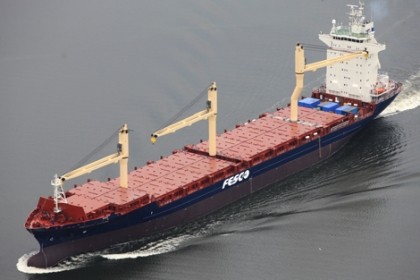 His primary task is optimization of FESCO foreign subsidiaries (more than 50 agencies)/
Also he will current the aspects with FESCO cooperation with Russian banks and development of new projects (linear container business, intermodal transportations and others).

Petr Fradkov is an economist. He graduated from Moscow State Institute of International Relations where he got the speciality of international economy. He speaks three foreign languages.

Before the present appointment Petr Fradkov worked at “Vnesheconombank” as a coordinator of bank representations in Russia and abroad.

FESCO is not only the fleet owner, but it independently governs it and manages by 12 international and cabotage lines providing regular cargo delivery among ports of South Primorye, Korea, Japan, China, Taiwan, Thailand, Vietnam, USA. Canada, Kamchatka, Sakhalin, Magadan and Chykhotka.

In August – September 2004 in FESCO fleet will be added 2 modern container ships and a bulker.
At present management FESCO has 4 icebreakers, which are a state property and work according to the government program of providing of consumer goods on regions with limited date of navigation: Eastern part of Arctic, Kamchatka, Okhotskoe and Baltic seas.

FESCO is the greatest private taxpayer in Primorskiy region.

In Far Eastern Shipping Company are working the best specialists from many cities of Russia such as Vladivostok, St.Petersburg, Moscow, Archangelsk, Novorossiysk, Krasnoayrsk.
In FESCO are working 4 500 employees.