22 January
The painting of the dry-cargo ship FESCO MARINA was received from the broker company “Prime Maritime Inc.” (Greece). 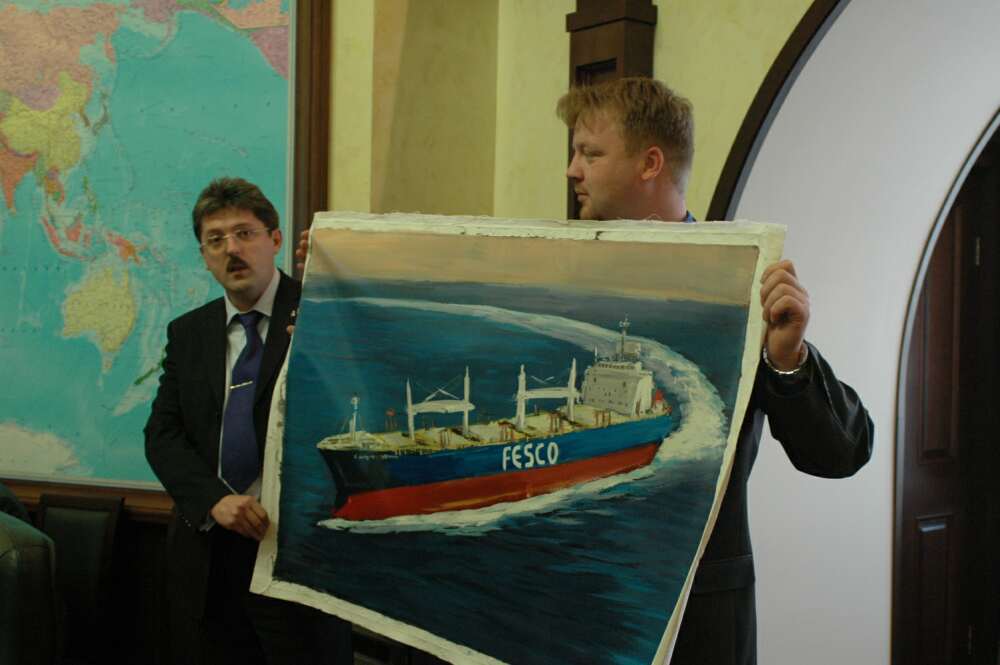 FESCO Transport Group works with the company since 2005. “Prime Maritime Inc.” is a charterer for ice-class vessels and charters FESCO fleet mainly in the Mediterranean and Red seas. In particular, M/V IVAN MAKARYIN was chartered to transport fertilizers from the Red Sea to the Far East. Negotiations are under way on a possible follow-up and other bulk transport of FESCO.

The Marine fleet museum of FESCO was established in October, 23rd, 1962. The RSFSR Minister of Culture order of February, 6th, 1987 appropriated a rank “The National Museum of RSFSR”. Now there are more than 20 thousand exhibits in museum of Far Eastern Shipping Company. The museum funds largest part was formed from documents and the photos reflecting 127-years history of the company.
Museum funds include models of vessels and their equipment, breadboard models of premises, among which “The Bunk Room of a pre-revolutionary vessel”, “Hold of the cargoship”, “Musical interior of the steam-ship LUBOV ORLOVA", “Passenger cabins”; busts of the well- known captains A. I. Shchetinina, P.G.Milovzorov, A.P.Melekhov, N.A.Kolotov; video frames of “Sea trading port Nakhodka” and “Polar station”.
There are 69 paintings by painters of sea-scapes in the museum, stands with gifts to the Company and crews of the vessels of the Soviet and foreign organizations - national corners of Japan, the USA, Canada, Vietnam, India are established.